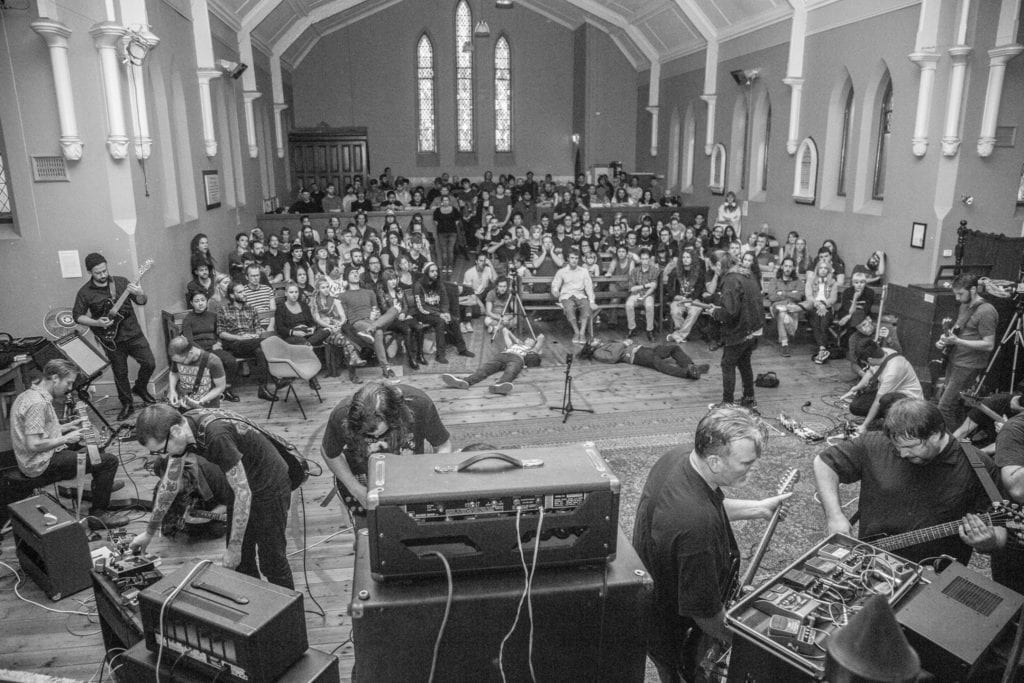 The Melbourne Drone Orchestra consists of 6-string guitars played in a number of ways with the same goal of creating a massive sound using drones and feedback. The last concert consisted of a pipe organ and featured 18 guitarists. The next meeting will have the same amount of guitarists and for the first time, the MDO will be joined by two of Australia’s best and most intense drummers from the world of extreme metal and improvised experimental music.

Matt ‘Skitz’ Sanders made his mark over twenty-five years ago with iconic metal band Damaged, inspiring bands around the world to this day with his trademark mechanical precision and uncompromisingly violent approach to the drums. In recent years, he has performed with Gravetemple, featuring Stephen O’Malley, Oren Ambarchi and Attila Csihar of Sunn O))), and some of Australia’s best current extreme metal acts.

Brian O’Dwyer will be squaring off against him with an arsenal of skills drawn from his eclectic performance background. Working tirelessly for Melbourne musicians with his imprint Bleeemo Music, Brian has participated in everything from grindcore to world music Having worked with extended playing previously, Brian’s approach to drumming infuses jazz-infused dexterity with the warp-drive intensity of grindcore.

Do not miss this one off opportunity to witness these two respected drummers spar in the ring of decibels that is the Melbourne Drone Orchestra!

The Melbourne Drone Orchestra is a unique assemblage of musicians who aim to create a sonic experience unlike anything else. Influenced by Fripp, Sunn 0))) and Earth’s pioneering use of the guitar, past performances have seen up to eighteen guitarists from some of Melbourne’s heaviest bands create sonic monoliths.

All participants abide by three conditions; all guitars are tuned to DADGAD; only six-string guitars (no bass guitars!); and no shredding. 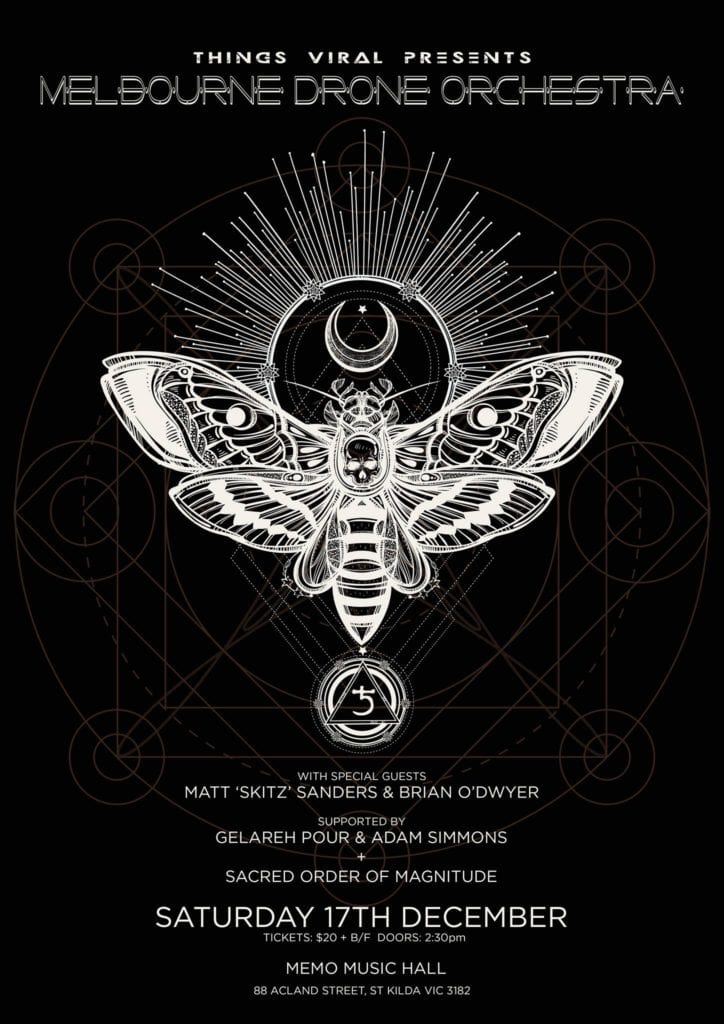