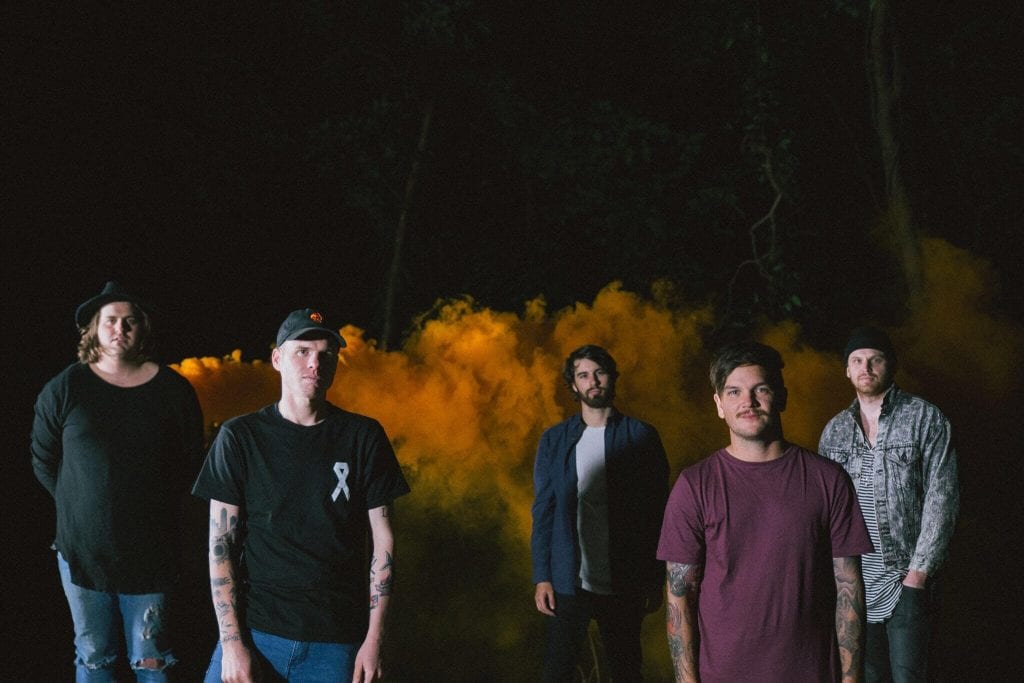 KINGS are Brisbane’s most well-kept secret. A relatively fresh face on the heavy music scene, they nonetheless have crushed it in their short time together and like a King, they have risen to power. Now, they are bringing their new single and album to the people!

New single ‘STONE COLD’ drops online today and it comes along with a brilliant, dark, mysterious and brooding video. It will be live in Spotify this Friday 7th April and their brand new album ‘Never Alone’ will drop May 19th – with pre-orders going live next Friday April 14th. Stone Cold was recorded at STL Studios where it was mixed and mastered by Sonny Truelove.

Vocalist/Guitarist Nat Cochran said “This song was written from a time where a close friend continued to let me down over and over again. Drugs amongst other things began to change his life and his outlook towards myself and those around him. Lies and false rumours came from him until it reached a point where I had to cut him out of my life. The negativity was something I didn’t need and didn’t need to worry about anymore.”

With members from a plethora of past Brisbane bands, Kings are determined to make their mark on the heavy scene. Over a year of working hard led to 2016 where Kings launched and released two singles, LIONHEART and STAND UP. These singles alongside playing a number of local shows supporting bands such as Dream on Dreamer and I Set My Friends On Fire have built Kings a solid following. In one year Kings have amassed over 10,000 followers online with over 150k views on their debut single Lionheart.

2016 also saw Kings recording their debut album at STL Studios. Drawing influence from such bands as Beartooth, Norma Jean and Rage Against The Machine, Kings look to write music that covers multiple genres with common themes of positivity, overcoming hardships and self-belief evident in the lyrics. 2017 looks to be a big year for Kings as they release their debut album and begin to tour the country.