Sydney heavy metal outfit Justice For The Damned have announced the upcoming release of their highly anticipated Greyscale Records debut album Dragged Through The Dirt. The album will be available on vinyl, cd, and digital August 11th, and pre-orders are now available HERE.
“It’s with no small amount of relief that we are now able to present to the world our debut album: ‘Dragged Through The Dirt’.” Explains guitarist Nick Adams “We can’t ever thank enough the team who’ve worked tirelessly behind the scenes to make this happen and we hope that we’ll make them proud. ‘Dragged Through The Dirt’ is a raw expression of total despair, each song written during times when all hope was lost and putting the feelings to paper would be the only way to escape the pain. To say that we are excited to take to the stage with our new arsenal of volatile music is a gross understatement and we cannot wait for the tours and shows that are fast approaching. Justice Forever.

“Choosing which track to release first was no easy task, but we think we’ve made the right choice with this one.”  Adams continues “‘It Will Always Be My Fault’ expresses a twisted compulsion for self-persecution during the lowest moments in life. It further goes on to detail how self worth can errode so critically that recovery from this dark place appears to be impossible. Sharing such intimate thoughts to such a large audience is always daunting but the ability to open up and to share with people who’ve felt the same way makes it an equally relieving and exciting experience.”

This August will see Justice For The Damned joining Ocean Grove on their Rhapsody Tapes tour before taking flight for their first international tour, landing in Europe to support Thy Art Is Murder on a huge run of European shows. 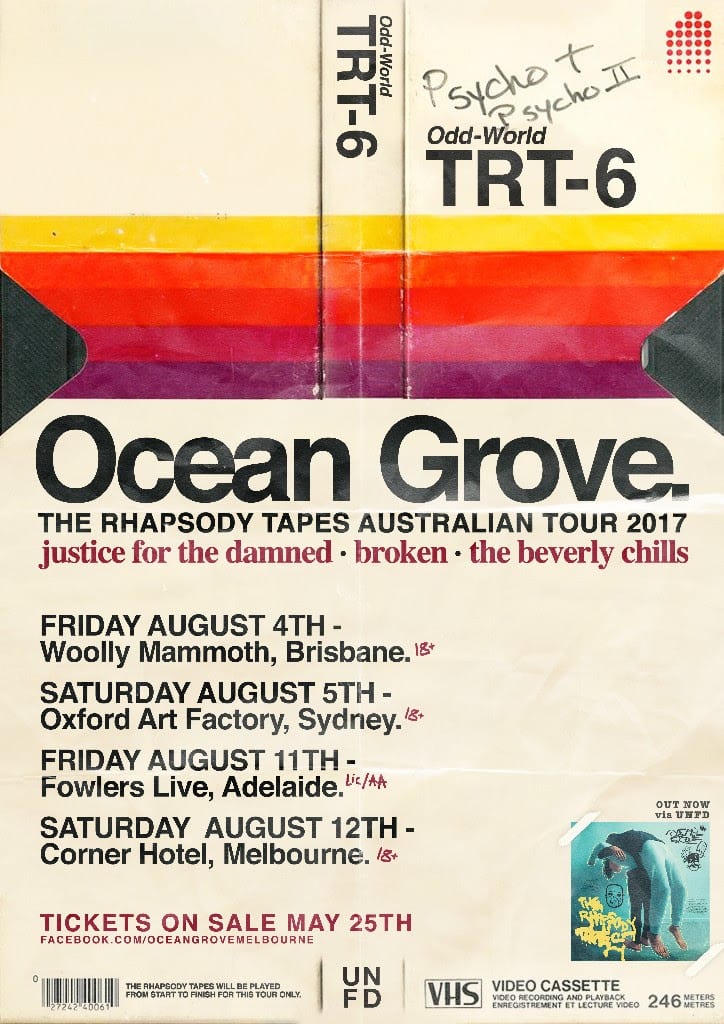 JUSTICE FOR THE DAMNED TOUR DATES

Justice For The Damned