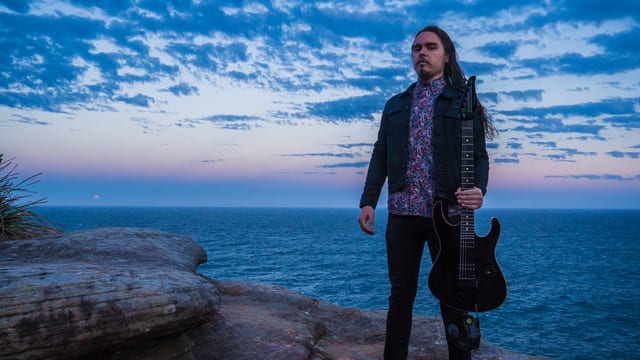 Pre-orders are available from today! May 1.

James has just released a visually mysterious and enchanting play through video, shot in 4K, for the track Pray Darkly which features on the EP

The aim was to create a bleak, and dark video that captured the finesse and detail of James’ playing while matching the complex tension of the music.

Filmed on the vast coastal cliff line of Sydney, Australia, James collaborated once again with one of Australia’s most promising young videographers in Jamie Mcvicker,

James says of the video;

“Pray Darkly is the cornerstone of Denalavis, and perfectly sums up what the EP is all about. I really wanted to push the boundaries when it came to combining cutting edge, modern heavy metal with classic progressive rock, and further fusing it with the poly synth sounds of the 1980’s. The film clip perfectly captures the vibe of the EP, without revealing too much initially. We worked hard to secure an eternal black theme with simple and elegant lighting to achieve an outwardly yet vintage feel.”

Having recently performed at the Guitar Collective 2017 showcase in Los Angeles, featuring some of the worlds most revered guitarists, James will be touring the United Kingdom in July, playing at United Kingdom Tech Metal Fest before returning home to embark on a headlining Australian tour to launch Denalavis with Adelaide’s foremost progressive metal act Dyssidia as main support.

*Dyssidia to headline, JNI in support

Tickets are on sale now via 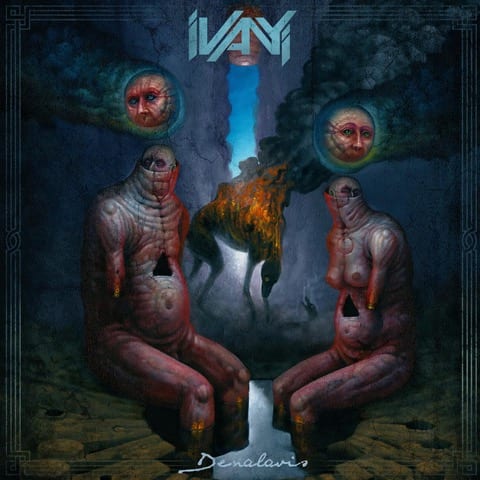 “Denalavis” will be released June 1.
Pre-orderss are available today – May 1.