[NEWS] INCANTATION Release 360-Degree Video For ‘Rites Of The Locust’ 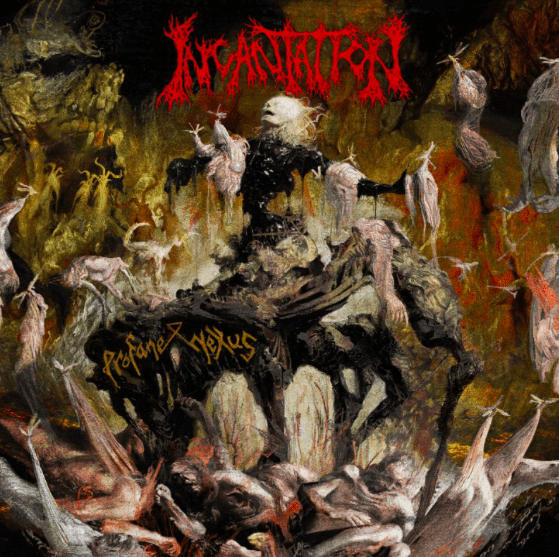 The official 360-degree video for the song “Rites Of The Locust” from legendary death metalers, INCANTATION, has been unleashed.
The song, a weapon of anti-biblical proportions, is one of eleven new tracks engineered to showcase the band’s inherent – and unrivalled – musical, lyrical, and visual depravity on their forthcoming 10th studio album, entitled Profane Nexus.
The album drops on August 11th via Relapse Records, the very same label that released the band’s suffocating-yet-groundbreaking debut effort, Onward To Golgotha, over a quarter of a century ago.
Watch the 360-degree video for “Rites Of The Locust” here:
Incantation founding father, John McEntee, had this to say regarding the direction of the video:
“With the advent of 360-video visualizer technology, we were able to convey the song’s powerful imagery alongside the intensity of the music. This song is an example of one of the more aggressive songs on the album. We feel it’s the perfect representation of death metal and everything an Incantation fan wants. Rage motherfuckers!“Death metal pioneers INCANTATION triumphantly return to their original label Relapse Records to vomit forth another unholy offering of godless abominations on Profane Nexus, their formidable tenth full-length album. Embodying a dizzying array of blasphemous tracks – culminating in sacrilegious conquests, crushing dirges, and vile riffing – Profane Nexus is an obliteratingly heavy execution of disgusting death metal that further solidifies the band as one of extreme music’s most influential and consistently hailed artists of the past thirty years.