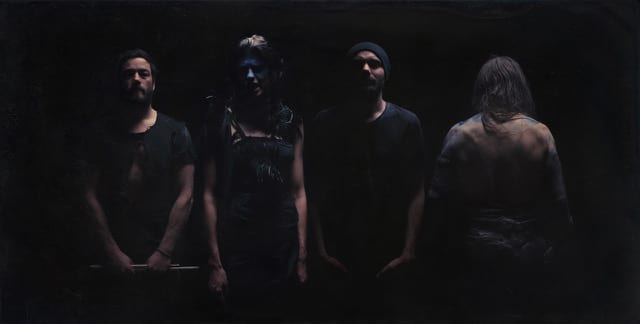 Known for combining genres such as black metal, death metal, baroque music, breakcore, and trip hop, Igorrr completed their third album this past December, after spending four years writing and recording the material.

This upcoming record, entitled Savage Sinusoid, will be released in mid 2017 via Metal Blade Records.

Igorrr comments: “We are super excited to release this album with Metal Blade – such a high quality music place, with great artistic freedoms! This label is the home we want for our music…Throughout the years, Metal Blade has had really great taste in music, and a real capacity to promote extreme music – only a label like this could have been brave enough to release music like ours.”

From an early age, Gautier Serre listened to Domenico Scarlatti, Cannibal Corpse, Chopin, Meshuggah, Jean-Sebastien Bach, Aphex Twin, Taraf de Haïdouks, and Jean-Philippe Rameau, which inspired him to join several death metal, experimental and electronic bands in the early 2000s, before launching Igorrr. During that time, Gautier waited for an artist to bring together different musical genres and influences, to create one new sound – but he was disappointed with what he heard in the scene. Gautier began to create his own music – naming his project Igorrr – and self-released two demos: Poisson Soluble (2006) and Moisissure (2008). Following the underground success of these demos, Igorrr signed with an electronic record label and released two full-length albums to critical acclaim: Nostril (2010) and Hallelujah (2012) – the latter of which includes guest appearances by Mayhem‘s Teloch (guitars), Secret Chiefs 3‘s Adam Stacey (accordion), as well as the original musicians Igorrr had been working with for years: Laurent Lunoir and Laure Le Prunenec as vocalists. In a live setting, Gautier Serre, Laurent Lunoir and Laure Le Prunenec are joined by Sylvain Bouvier, who also recorded the drum parts of Savage Sinusoid in the studio with them. Together, this group of artists has already performed in France, all over Europe, the Middle East and North America.