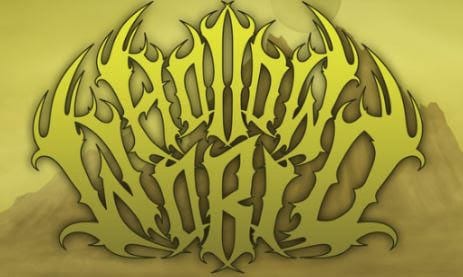 “Patient Zero” was filmed during the band’s blistering set as they supported Fleshgod Apocalypse in Melbourne last month by Miki Simankevicius.

“The song is about the first human to become infected with the virus that ends up wiping out the human race. The song focuses on the severity of the victim’s symptoms and the way these are viewed by the medical staff treating him. The song sits early in the Exanimate album narrative, before the virus has spread to cause chaos globally,” explains vocalist Ben Roberts of the track’s significance to the concept of the album.

The track was initially to be used on the bands last release, the EP The Wrath Kept Within, but guitarist Michael Truscott explains that the track was still fairly new and the band did not want to rush the song.

“I remember we weren’t sure about the middle chug section in Patient Zero for a while, before deciding it worked well enough to leave as is. The ending breakdown section was tweaked for a while before we eventually decided on having a last minute solo from Theo (Goslett) to top it all off“,  says Truscott.

You can check the film clip to Patient Zero above, and catch Hollow World at these shows over the next few months. Exanimate is also available for purchase via the band’s website or bandcamp.