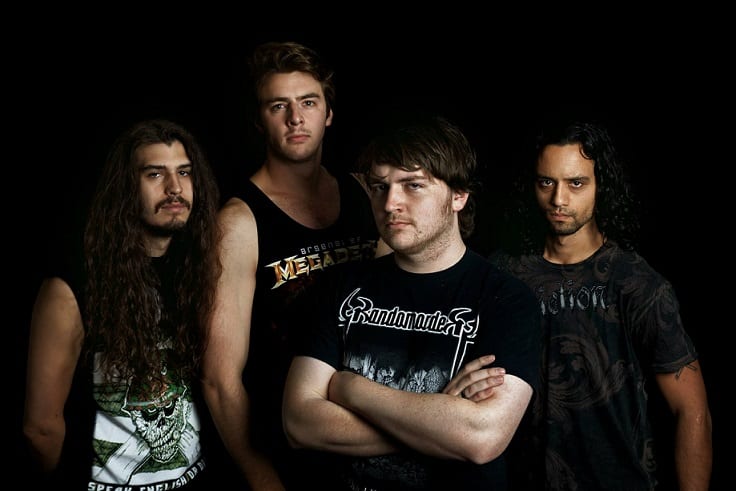 On April 7th, Australian thrashers Harlott will release their new album, Extinction, worldwide via Metal Blade Records! Harlott returns with a harrowing offering of thrash metal, and a bleak interpretation of mankind’s future. A blistering assault of speed and aggression awaits those who endure Extinction, as well as a reverent journey into the power and force that is metal. For a preview of the album, the first single, “First World Solutions”, can be streamed at: metalblade.com/harlott
Featuring artwork by Andrei Bouzikov, Extinction is Harlott‘s third album and the successor to 2015’s critically acclaimed Proliferation. Recorded at Monolith Studios (Orpheus Omega, In Malice’s Wake, Bane of Winterstorm) and mastered by Jens Bogren (Kreator, Opeth, Soilwork), the album seeks to rain pure savagery upon any listener with furious riffs, spitting verses and face melting shred that are blended effortlessly with triumphant melodies and thundering groove to make a diverse and adaptable record which pays tribute to the kings of thrash metal, while making waves in the new dawn of evil. Taking what they had already mastered and pushing the limits of dissonance, evil, and atmosphere, they bring together an offering that will satisfy the bloodlust of their manic legion, and draw in the revelers of a dying breed. Containing 12 songs of pure bedlam, Extinction pauses only for the deafening silence between each blistering track.
Extinction track-listing:1. Extinction2. First World Solutions3. The Penitent4. Whore5. No Past6. Conflict Revelation7. Better Off Dead8. Violent Conspirator9. And Darkness Brings The Light10. Final Weapon11. Parasite12. Epitaph 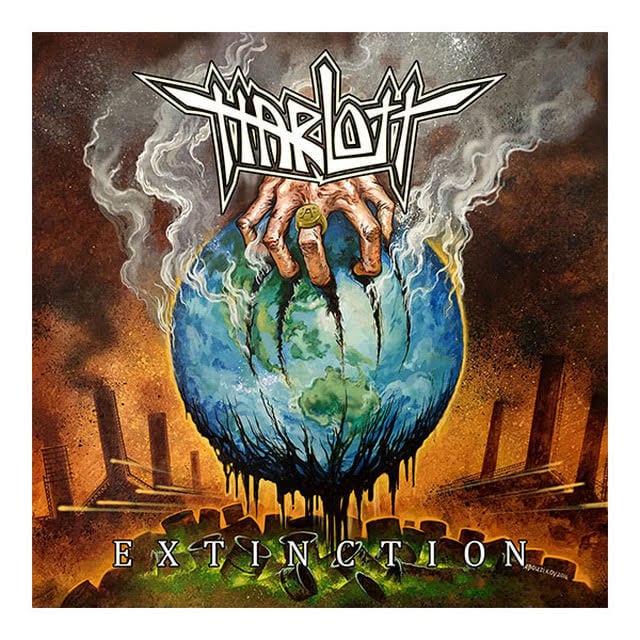