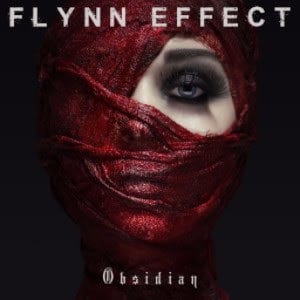 Flynn Effect are giving their new dark and brooding film clip and releasing the details of their Obsidian album tour. Second Album ‘Obsidian’ will be available for purchase on August 4 and can be pre-ordered now at Bandcamp.

The pyro-and-makeup-heavy film clip is for single FADE, which Heavy Magazine described as “Simply Beautiful”, sets the tone for the album and shows all and sundry just what Brisbane, Sydney and Melbourne are in store for when Flynn Effect hits their town (probably minus the Pyros, though!).

The short but excellent tour takes in Sydney’s The Factory Floor on Friday, August 11 with Gods of Eden, Mercury Sky and Reign on Mars, Melbourne’s iconic The Workers Club Sunday August 13 with Caution:Thieves, Enlight and Terrestrials and hometown Brisbane on Friday August 18 at The Brightside with Mercury Sky, Seraphic and Periapsis.

Lead singer Tomina Vincent said that she is proud of the effort that went into this film clip, “We wanted the film clip to be a sort of opposite to the song. Its a very hopeful and upbeat track, but we wanted to add a little bit of darkness and theatre to it – its what we love and basically what Flynn Effect is all about. It was filmed it over 12 hours in freezing cold, lights exploded, the fire brigade almost fined us. There were unplanned explosions, bruises, we couldn’t wash the fake blood off for days, I nearly fainted several times, but It was a lot of fun! We couldn’t be happier with this album and we’re incredibly excited to be playing these new songs for people on the road. Its our first national tour and we’ve got a very ambitious show this time around which we can’t wait to reveal.”