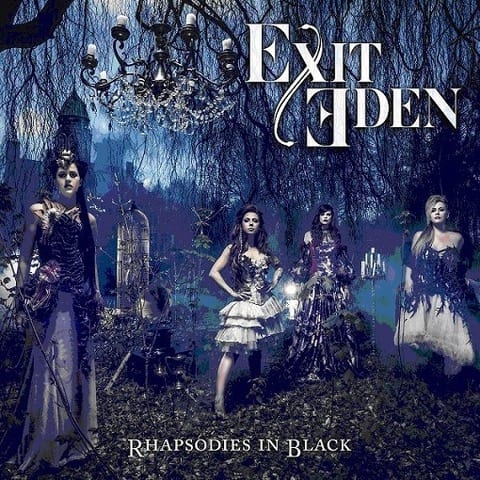 EXIT EDEN is the new Symphonic Metal All-star Band featuring charismatic singers Amanda Somerville, Clémentine Delauney, Marina La Torraca and Anna Brunner.
Despite their diversity, these 4 singers blend together personally as superbly as they do vocally and this constellation creates extraordinary and powerful ideas.The highly anticipated debut album “Rhapsodies in Black” is out now via Napalm Records
Just in time for the album release EXIT EDEN unveils a brand new music video and Backstreet Boys cover “Incomplete”.
Amanda commented on the track:
“The outpouring of affection from you all has been so incredible that we wanted to give you a little early treat before the album release tomorrow.
We would never leave you *incomplete*!  So here it is, folks: our newest video with… “Incomplete!” ”
This power package has already released two music videos! Get a look at these stunning releases: “Unfaithful” originally by Rihanna can be seen HERE and the hit single “Impossible”, originally performed by Shontelle HERE!
tracklist:
Question Of Time
Unfaithful
Incomplete
Impossible
Frozen
Heaven
Firework
Skyfall
Total Eclipse
Paparazzi
Fade To Grey
Out Now!
www.nervegas.com.au/exit-eden-rhapsodies-in-black-cd