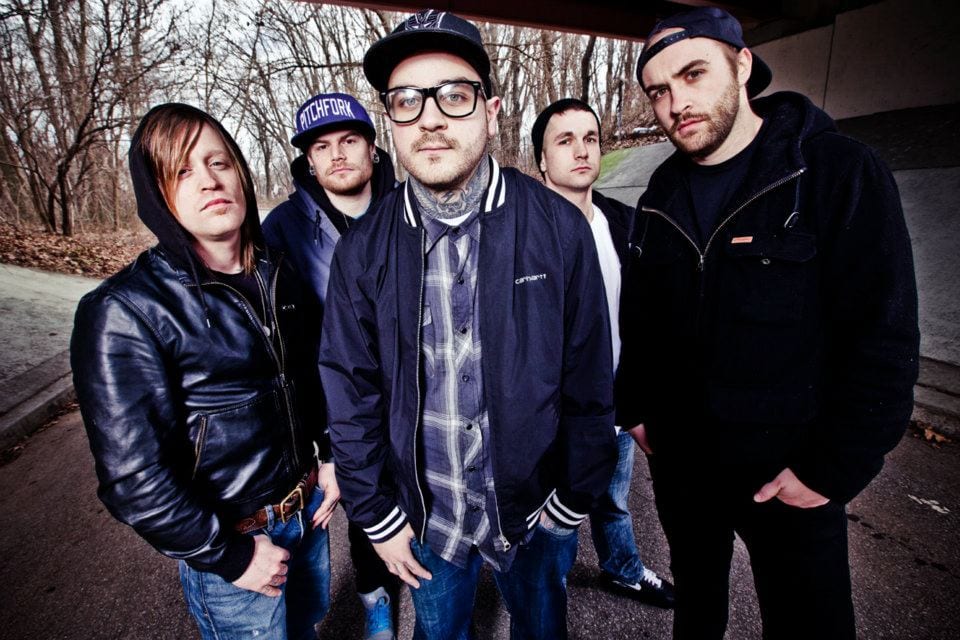 Metalcore heavy-hitters EMMURE have announced that their new album, titled Look At Yourself, will be out in March 2017 The band’s follow up to the 2014 full-length Eternal Enemies is their first with SharpTone Records and will see them touring throughout North America building up to the release. The band currently consists of vocalist Frankie Palmeri, guitarist Josh Travis (Glass Cloud, ex-The Tony Danza Tapdance Extravagazna), bassist Phil Lockett (ex-The Tony Danza Tapdance Extravagazna), and drummer Josh Miller (ex-Glass Cloud).

To give listeners a taste of what they can expect from Look At Yourself, Emmure has released 2 brand new tracks, “Russian Hotel Aftermath” “Torch“. Both tracks from the new record can be streamed via the links below.

People talk about possessing a drive to succeed. But how badly domost of them really want it? EMMURE captures the sound and spirit of what it’s like to fight for one’s vision. There’s no feigned sophistication, no phoned-in sloganeering, and no calculated drama with EMMURE. This is barebones, punishing, death metal-flavored metallic hardcore, driven by the catchiest rhythmic bounce of Active Rock radio’s golden age of nu-metal.Frankie Palmeri has no patience left for gossip, rumors, or halftruths. It really doesn’t matter what gets said about the band the frontman has led through good times and bad, because the music of EMMURE presents a swift, decisive answer. Since 2003, the Queens, New York native has watched EMMURE grow from an idea into an international institution. EMMURE carries the torch for heavy music and the hardcore scene’s most celebrated abrasive edge, with a truth-telling bravado and an outsider’s angry disdain for bullshit. Simply put, the band blasts upon all scene fakery with full-on fury. »Look At Yourself« represents a coming of age for EMMURE, a new chapter in an aggressive autobiography that stretches back to the band’s very first album, released when Palmeri was barely out of his teens. It’s infused with a brutal self-examination and observation, balancing hate, bile and perseverance, with the tempered experience of a life spent in pursuit of self-reliance and respect, from within and without. It’s expressed in a crushing cacophony of riffs that never fail to super-serve the forward-motion groove of EMMURE.

Like the firebrand rabble-rousers from the gritty streets of New York’s hardcore and hip-hop scenes who came before them, EMMURE’s confrontational music will captivate and sometimes even elevate listeners without sacrificing authenticity. EMMURE are students of the mind-blowing percussive chaos of SLIPKNOT, the hard-won personalized musical struggle at the heart of KORN, and the angry pop-crossover confidence of LIMP BIZKIT.

The band has become a cornerstone of the heavy music scene, featured as a prominent act on each of the most relevant tours and festivals in North America and Europe, including “Vans Warped Tour”, “Rockstar Mayhem”, and “Ozzfest meets Knotfest”. They’ve travelled the globe with their contemporaries and peers in bands like FIVE FINGER DEATH PUNCH, KILLSWITCH ENGAGE, AUGUST BURNS RED, PARKWAY DRIVE, and WE CAME AS ROMANS. EMMURE initially burst onto the heavy music landscape with a trio of banger albums released in quick succession over as many years:»Goodbye To The Gallows« (2007), »The Respect Issue« (2008), and »Felony« (2009). At a ridiculously impressive break-neck pace, EMMURE built a celebrated catalog, rounded out in quick succession by »Speaker Of The Dead« (2011), »Slave To The Game«(2012), and »Eternal Enemies« (2014). »Look At Yourself« offers a bold look toward the future, even as it takes stock of the past and present.

The band does more than spit out fire and churn out venomous riffs onstage. They conjure a specific energy, moving a crowd, creating a communal energized feeling. EMMURE’s music is the sound of perpetual motion. Like a shark, the songs keep moving. There’s no “softening” of the sound, no compromise, no explorations of experimental garbage. EMMURE has been refined, but without sacrificing their aggressive thunder.