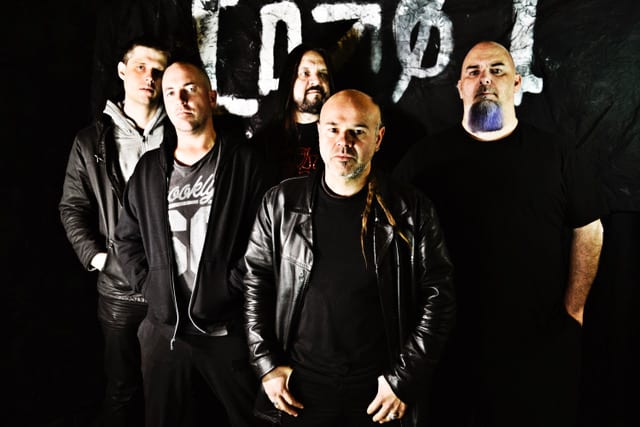 Dreadnaught have released a new music video from their 2016 album “Caught The Vultures Sleeping”.

Caught The Vultures Sleeping is Dreadnaught’s first album since their self-titled release in 2009 and their first album pressed on vinyl!

The pre-sale Pozible campaign to raise recording funds exceeded its target by 10%!

Dreadnaught have welcomed the addition of a new guitarist to their ranks! Neil Flavelle replaces long time member, Damon Alcock, who has left the band to focus on other aspects of life.

The band states, “As you may know our longstanding guitarist of nearly 25 years, Damon Alcock has decided to leave the band to pursue other endeavours. Damon has a long history with Dreadnaught and his contribution over the years has been a core part of the formation of the band’s music today. We would like to thank him for all the hard work, laughs and hangovers, and wish our brother-in-metal all the best for the future.”

After Damon’s decision to depart in December 2016 we closed out the year’s gigging commitments with Neil filling in on lead and rhythm guitar. Neil gelled with the band very quickly and his writing and playing ability made our decision to offer the position very easy. His past work with StarArk and The Implicate Order shows Neil as a superb player and quality songwriter who will bring a new era of diversity to Dreadnaught.

“Neil has been a fan of the band since the beginning, sending a guitar transcription of most of our first LP, Body.Blood.Skin.Mind LP way back in 1996! We are honoured to have such a dedicated fan of the band and great guitar player in our ranks.”

See the new lineup this June with Superheist and Frankenbok on Superheist’s “Raise Hell” AAA side single launch tour.