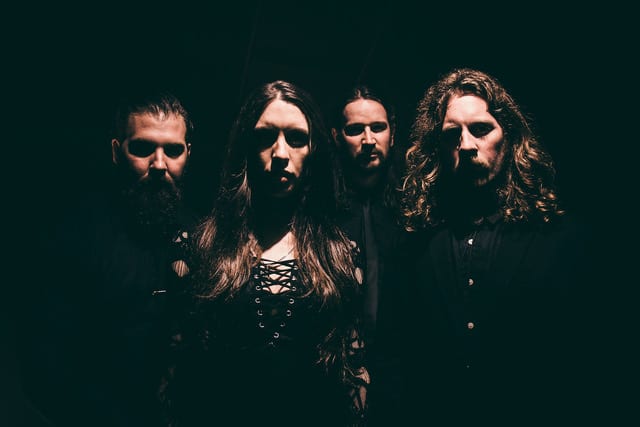 Melbourne’s Devil Electric are gearing up to release their self-titled debut album.

The 37minute, 9-track LP will be released digitally, in various colourways on 180g vinyl and in a variety of pre-order merchandise bundles on August 11, 2017.

Bassist & co-writer Tom Hulse offers an insight into the lyrical themes behind this track…
“Lady Velvet was written with the idea of painting a picture at the forefront. I wanted to create images and draw a theme in the listeners mind within the first few lines, touching on opposing forces and building a character. The song is about the push and shove of relationships we experience with the world, both on a human level and a fictional/dramatised one. There’s always light and shade in life and when you run your hand across velvet you can see it change in colour and form, reflecting just that in a material form.”

Devil Electric will be rounding out 2017 with their Australian album tour (August – October) and an overseas run through Indonesia in December and with European & US dates in the works.
Devil Electric will be holding their album launch on
Saturday, September 16 @ The Evelyn Hotel, Melbourne
Official Event Link www.facebook.com/events/405606739839728
Fronted by the gracious and haunting female presence of Pierina O’Brien, Devil Electric are a riff-heavy 4-piece rock n’ roll band. Lead single Hypnotica is the final track from their debut record, a six and a half minute heavy-blues infused fuzzed-out jam that transports the mind into the swelling, darker depths of rock n’ roll.
Since forming mid-2015 Devil Electric have supported Truckfighters (Sweden), The Sword (USA), Endless Boogie (USA), Kadaver (Ger) toured the east coast with The SIGIT (Indonesia) & played CherryRock Festival in AC/DC Lane. They signed with Kozmik Artifactz (Ger) following the success of their debut EP, The Gods Below, which saw an independent release over two 7” vinyl editions.