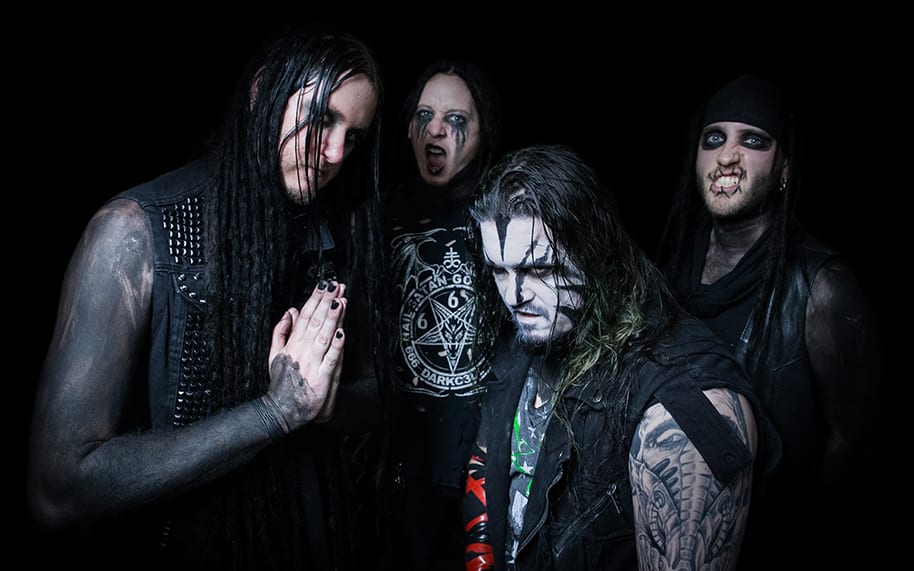 Queensland rock band, Darkcell are back kicking off 2017 with seven new shows around South East Queensland, Sydney and Newcastle for their Show Me The Money tour throughout February, March and April.

Darkcell is one of Australia’s fastest rising acts.  Formed in Brisbane in 2012, the band has performed over 200 shows to date.  Visually and musically Darkcell have proven themselves as a world class outfit and with their fifth album Haunted Reality released on Halloween 2016, this four piece band shows no signs of slowing down.  Packing stadium level hooks and a loud, abrasive and industrial rock sound, they have been tagged as a ‘modern day Kiss‘. Larger than life stage show, party vibes and dance grooves give a fun atmosphere and keep fans coming back for more.

Touring highlights to date include the prestigious Soundwave Festival nationally in 2014 (with Avenged Sevenfold, Korn, Rob Zombie etc) and countless other headline and support shows across Australia with Wednesday 13 (Murderdolls), Sevendust, Otep, Combichrist, 28 Days and more.  In 2015, Darkcell embarked on their first international tour across the USA.  The Civil Unrest Tour saw the band perform 22 shows across 13 states in 26 days. The tour also included Ill Nino, Motograter, Davey Suicide and a fist full of local acts.

Other career highlights include TV music placements with Sydney reality show Bondi Ink on Channel 11 (Ten Network), as well as radio play on numerous national and independent radio stations including Triple J, Triple M, Andrew Haug Radio, 4ZZZ Brisbane and many more. College radio across the USA have also been very receptive, with many stations playing both music and
featuring interviews with the band.

Through the use of social media and mailing lists the band continues to demonstrate the importance of fans via constant interaction and updates with their followers, dubbed the ‘Army of Darkness’.  No overhyped marketing or costly advertising machine in this equation, just a band with a strong DIY ethic connecting with their fans one on one.

A busy 2017 is already scheduled for Darkcell with the recent announcement of the upcoming Show Me The Money Australian Tour and two new music videos scheduled for release in the coming months as well as writing and recording new music for their next album.  International touring is a priority and  plans are currently in motion for follow up shows in the USA, as well as
Japan & Europe.  Make 2017 the year you experience the Darkcell machine live.  It’s a party! Let your demons loose!