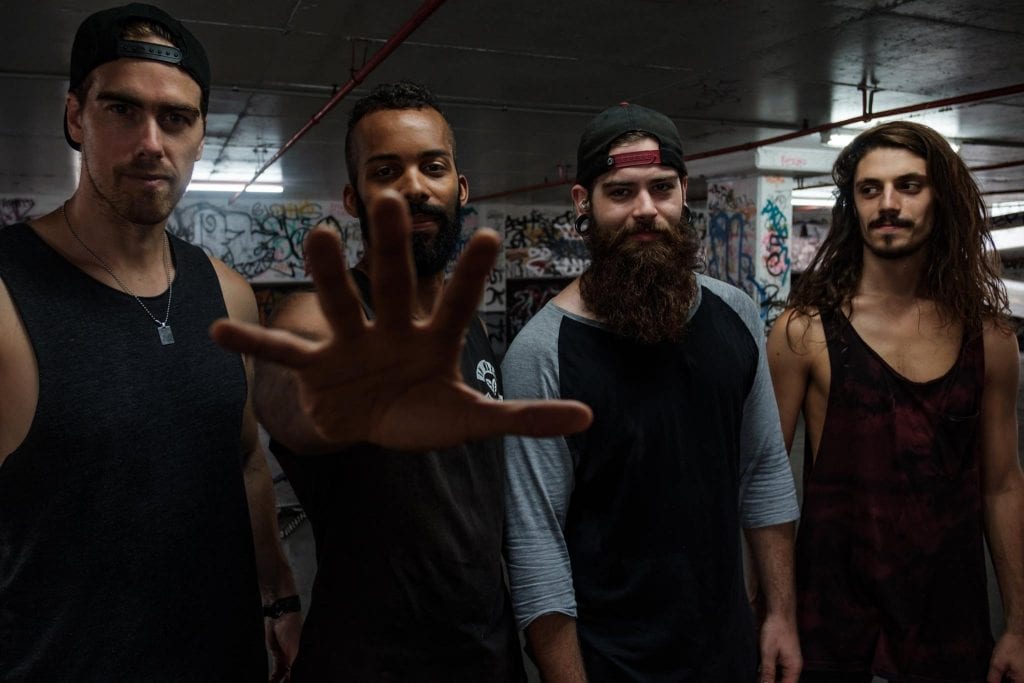 Melbourne’s COPIA are today lobbing a clusterbomb into the laps of their fans – a free stream of their brand new album Epoch.

Friday March 31st will see the release of second full-length album EPOCH and today is the first chance to give it a listen.

EPOCH was recorded with Chris Blancato (Northlane, DVSR) and Produced/Mixed with Will Putney (Northlane, Every Time I Die, Misery Signals, Knocked Loose, The Amity Affliction).

On the topic of what the album is about, Vocalist Andrew Bishop vehemently states, “We’re fed up with the current state of the world & we’re commenting on that throughout the album. This is our Epoch. Our music has become heavier as our lyrical themes have gotten darker & this album states that we refuse to sit back & continue to watch the world fall apart around us. When people are listening to this album, we want them to question why our species is so filled with hate, why it is so destructive, why it worships false idols & why it is so disconnected & money obsessed. We wrote this album because we feel a responsibility to share these messages & wake people up to what is in fact reality. Thanks to the help of Chris Blancato [Engineer – Northlane] & Will Putney [Mix & Master – The Amity Affliction, Northlane, Thy Art Is Murder, Breakdown of Sanity] we’re stoked with the end result & could not be more ready to release & tour the album.”

Sharing the stage with the likes of Northlane in Russia and booking their own headline tours across Germany, it wasn’t long before Eleven:Eleven became a word of mouth hit all over Europe with fans travelling from Belgium, Netherlands and Austria to tip their hats in the direction of the COPIA lads. Arriving back in Australia and headlining a tour down the East Coast as well as playing alongside Dream On, Dreamer saw COPIA develop a charismatic reputation on and off the stage through a combination of artistic finesse and unique business minded approaches.

You can pre-order Epoch right here