Melbourne’s COPIA are today releasing their searing new single DISCONNECTED – along with a video so visceral and scathing in it’s comment on the way humans treat life on Earth, it has to be witnessed.

The band have spent the past few years dividing their time between Australia and Europe in a Divide & Conquer strategy that sees them playing to huge crowds both home and abroad.

Guitarist Glenn Parkinson says of the song and the clip, “Disconnected is a refection of our opinions of the current state of the world. It can be heavy to reflect on what we humans have created & how we are being controlled and manipulated by people in positions of power. The corrupt, creating fake idols, posing as ‘gods’, profiting at the expense of those in a weaker position. We all experience indoctrination to some extent, separated by politics, & classified by wealth, religion & culture, making the world an unpleasant place to live in at times. It’s easy to lose sight of what we need in this fabricated world. The track is intended to be a wake up call. James from Red Boss helped us put our thoughts into images & it includes many issues which need to be addressed.”

Returning home from Europe for a third time, COPIA spent the Australian summer of 2016 drafting a more polished follow-up to their independently released inaugural album Eleven:Eleven – from which Disconnected is the first cut and the album will see it’s release in early 2017.

Sharing the stage with the likes of Northlane in Russia and booking their own headline tours across Germany, it wasn’t long before Eleven:Eleven became a word of mouth hit all over Europe with fans travelling from Belgium, Netherlands and Austria to tip their hats in the direction of the COPIA lads.

Arriving back in Australia and headlining a tour down the East Coast as well as playing alongside Dream On, Dreamer saw COPIA develop a charismatic reputation on and off the stage through a combination of artistic finesse and unique business minded approaches.

Their single ‘Hostility’ was playlisted on triple j’s The Racket by Lochlan Watt, aiding COPIA in selling in excess of 27,000 hard copies of Eleven:Eleven, accumulate 70,000 plays via streaming services, exceed 10,000 plays on Bandcamp and 400,000 combined listens on YouTube.

The track DISCONNECTED will be available to purchase from Friday 16th December, but available for streaming earlier. 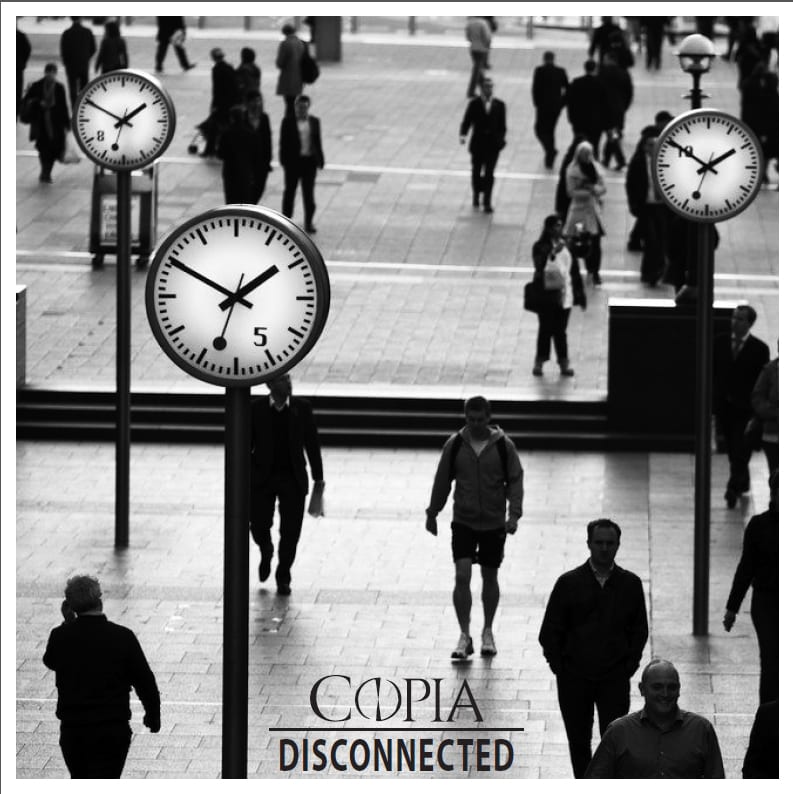