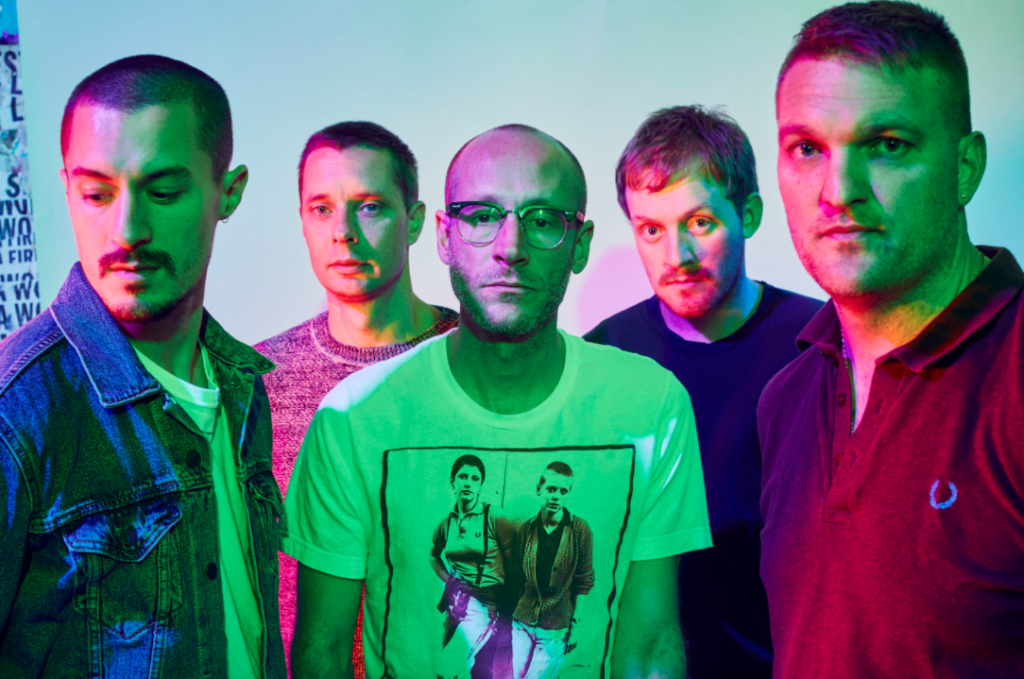 Today, Cold War Kids gave fans another taste of their new album, LA Divine, with the release of a new track, “Can We Hang On?,” and the accompanying video. The clip, which premiered on Vevo, was directed by MADE BY SHELLY and shot at El Porto Beach in Los Angeles

“‘Can We Hang On?’ is a hopeful love song that looks back with nostalgia on the good old days but is uncertain about the future,” explains Cold War Kids’ singer/guitarist/pianist Nathan Willett.
The band has also revealed the cover art and track listing for LA Divine, which is set for release on April 7th on EMI Music Australia.  Fans who pre-order the album will receive instant downloads of “Can We Hang On?” plus the first single, “Love is Mystical”.
LA Divine, Cold War Kids’ most expansive and ambitious effort so far, pays tribute to Los Angeles in all its strange glory, embodying the Long Beach-bred band’s endless fascination with their adopted hometown. “In many ways, LA is the least divine city, the most hedonistic and irreverent and disconnected from history,” says Willett. “LA’s so massive, I feel like I’m always finding something new in it,” adds bassist Matt Maust. “It’s an incredibly weird place, and I’m happy to have made an album that totally honors that weirdness.”
Coming on the heels of 2014’s Hold My Home – which featured the chart-topping, Gold-certified single “First” – the band felt emboldened to bring a more deliberate, purposeful spirit to their music than ever before. Produced by their repeat collaborator Lars Stalfors (Health, Local Natives), LA Divine opens with lead single “Love Is Mystical”: a soulful, sweeping anthem about seeking transcendence and greater depth in love.  Praised by NME for taking Cold War Kids’ “rousing and soulful anthemics to new heights,” “Love is Mystical” held the No. 1 spot for Most Increased Plays at AAA radio for two consecutive weeks and is already in the Top 5 of the Alt 18 Countdown. The single already has more than two million streams on Spotify globally and jumped into both Spotify’s U.S. and Global Viral charts .  Watch the accompanying “Love is Mystical” video HERE and a behind-the-scenes look at the making of the video.
LA Divine also features the tracks, “Wilshire Protest” which contemplates LA’s culture of isolation while the hazy and distorted “LA River” captures a dreamlike desperation. British singer/songwriter Bishop Briggs lends her formidable vocals to the stomping, gospel-infused “So Tied Up,” which shines a light on everyday struggle, but burns with the promise of hope. LA Divine merges artful, hook-minded production with Cold War Kids’ classic post-punk grit. And in his lyrics, Willett offers both raw vulnerability and layered complexity, bringing his heart-on-sleeve sensibilities to songs exploring long-lasting love.
Cold War Kids are Nathan Willett, Matt Maust, Joe Plummer, Matthew Schwartz, and David Quon. Formed in 2004 in Fullerton, CA, the band has sold more than 800,000 adjusted albums, over two million singles, and racked up nearly 200 million streams to date.   The band is a Festival favourite in Australia, having played  Bluesfest, Splendour in  The Grass and Falls Festival across 2016, further cementing their passionate local fanbase.
LA Divine – Track Listing
1.      Love is Mystical
2.      Can We Hang On?
3.      So Tied Up
4.      Restless
5.      La River
6.      No Reason To Run
7.      Open Up to The Heavens
8.      Invincible 1
9.      Wilshire Protest
10.  Luck Down
11.  Ordinary Idols
12.  Cameras Always ON
13.  Part of the Night
14.  Free to Breathe