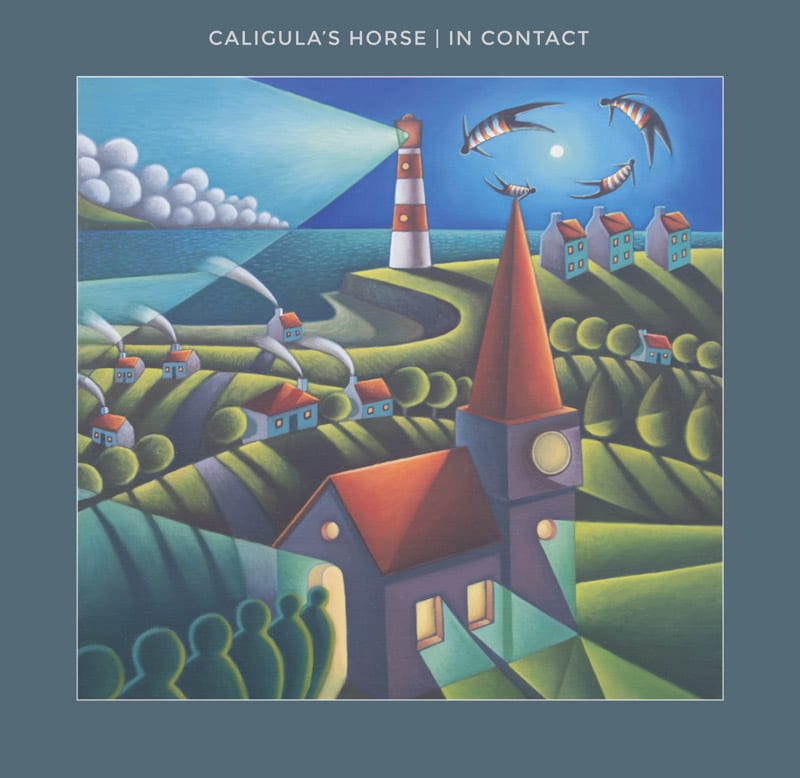 Prog rock group Caligula’s Horse have just announced the release of their fourth studio album, In Contact, for release on the 15th September 2017 via Inside Out Music.

In Contact sees vocalist Jim Grey and lead guitarist Sam Vallen collaborating closely on the music and lyrics. Vallen comments: “In our creative process every idea is scrutinised, deconstructed, and rebuilt in a way that one of us, alone, could never achieve. We’re one another’s harshest critic, but fortunately, we’ve done this for long enough now that our inspiration draws us in a similar direction – we can finish each other’s musical sentences, so to speak. And we’re lucky that’s the case since In Contact proved to be a much more ambitious undertaking than anything we’d conceived of in the past.”

As with the band’s second album The Tide, the Thief & River’s End, the band decided to hang a concept around the entire record, taking it in a direction that would end up being the opposite of its predecessor.“We decided to create a concept album, but one that came from a more personal place: one that would facilitate our creative needs wherever the journey took us” Vallen continues. “The broader concept is based around the nature of art – of what it is that sparks creativity and inspiration, a celebration of what connects us as human beings, the shared space across our many differences.”

Taking in four separate chapters, each one is dedicated to an individual and their own personal journey and how they express themselves through art. “Each of these artists are reaching for something more in their lives, and while disconnected entirely from one another, they are united by that reach: for a better life, but also for something intangible.”