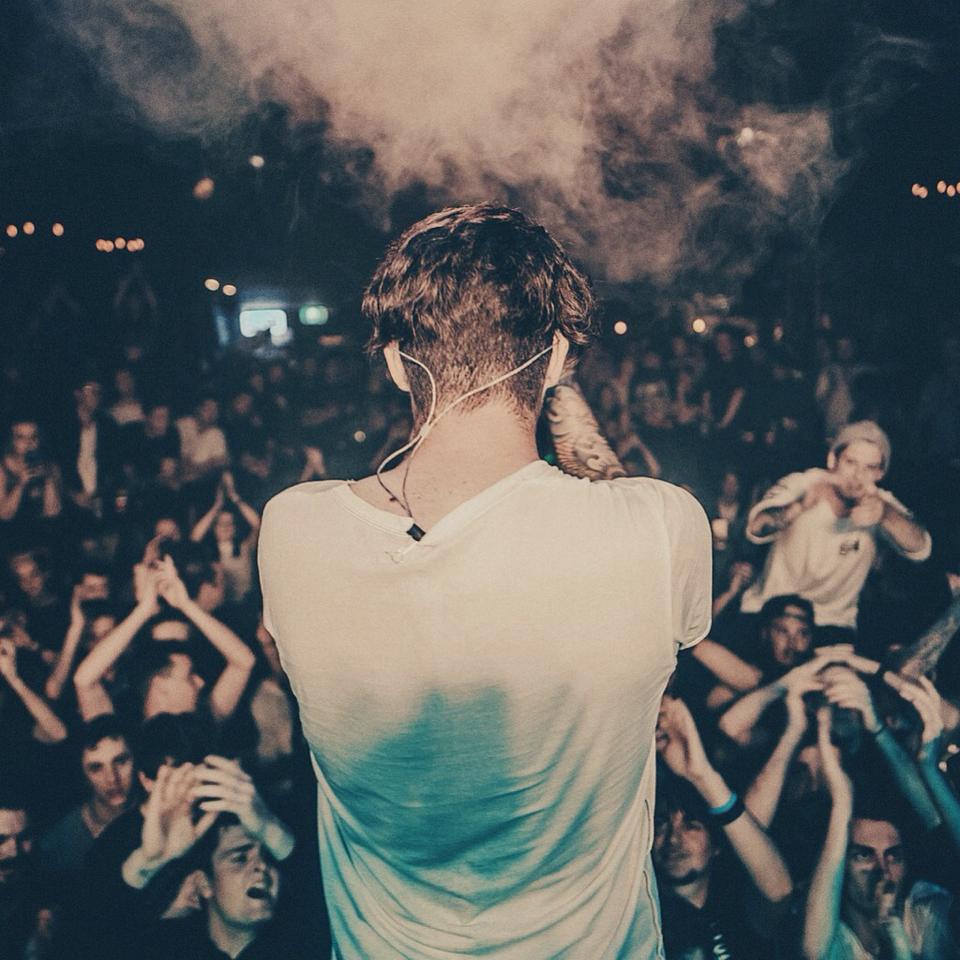 [NEWS] Buried In Verona Are Calling It A Day; Final Australian Tour In October

The journey has not been an easy one for Sydney’s Buried In Verona. Deceived by those they trusted most and staring oblivion in the face, time and again they regrouped, recruited fresh blood and refused to let the world get the better of them. During their tenure, Buried In Verona pushed through the adversity and scored three ARIA Top 20 albums, were nominated for an ARIA Award for Best Hard Rock/Heavy Metal Album in 2012 and toured the globe with world-class metal bands. However, as the wise say, all good things must come to an end.

October 2016 will be the last chance to see the notorious BIV before the band break up for good.  After a decade spent lending and shaping the Australian heavy music scene, and becoming one of the country’s most notorious bands in the process, Buried In Verona will embark on their final Australian tour this October, with Capture The Crown, Foxblood and Arkive joining the band as they say farewell.

Vocalist Brett Anderson has this to say. “Most people in the heavy music scene, as much as they dread the thought, know that one day this moment will come. The moment most bands have to go through. The moment is the end. The last tour, last album and it feels just as bad as I always knew it would.

After nearly a decade of living, for the most part, something I always dreamed of doing, it’s now time for the end and one last tour.

I want to thank everyone who supported Buried In Verona over the years, whether it was for one album or all five, thank you from the bottom of my heart for listening to our music. It’s the best thing I’ve ever achieved.

To the people who wrote to us saying our music touched you, saved you or helped you in anyway, know that your messages and kind words did more to us that our music did to you, truly honoured that some of you thought about BIV in that amazing way. You guys allowed us to see and do some incredible things around the world and we can never repay you so thank you, thank you, thank you.

This is not the end of music for me as I’ll be continuing with my side project, Don’t Die Like I Did, but I do have to close the chapter of my life that is Buried In Verona.

See you all one last time,
Love all the BIV family.”

So if you are a Buried in Verona fan or just have a keen interest in live heavy music, then these are shows you shouldn’t be missing out on. Catch the Sydney-siders for one last time on the following dates:

BURIED IN VERONA
The Last Leg Up Australian Tour
With Special Guests CAPTURE THE CROWN, FOXBLOOD and ARKIVE 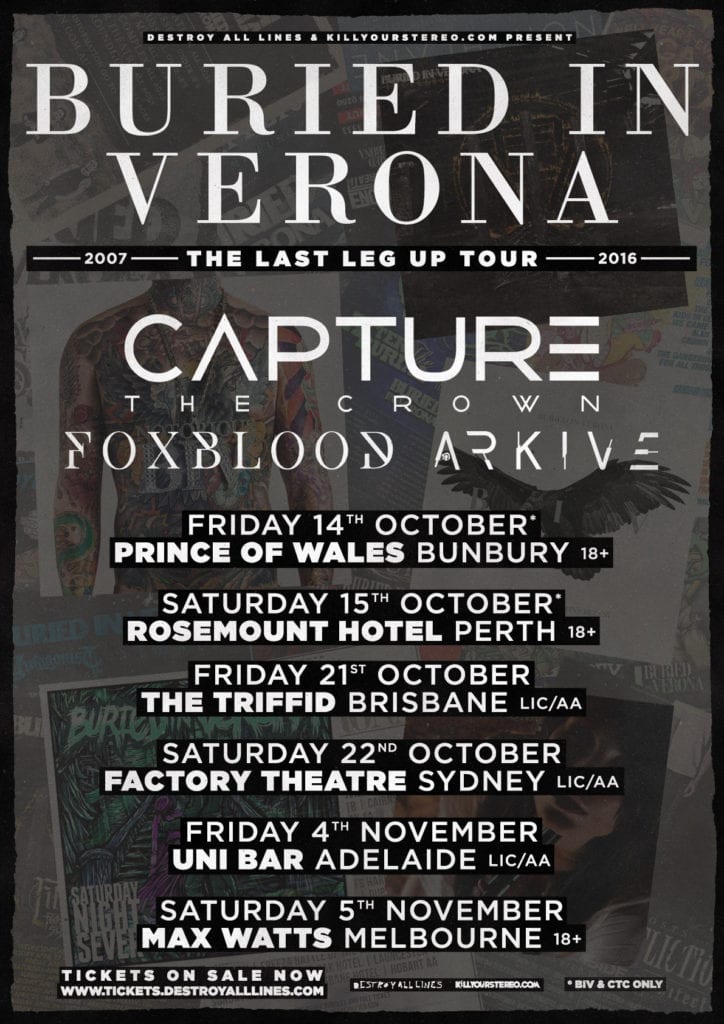