[AUS NEWS] ALTER BRIDGE Announce LIKE A STORM As Support 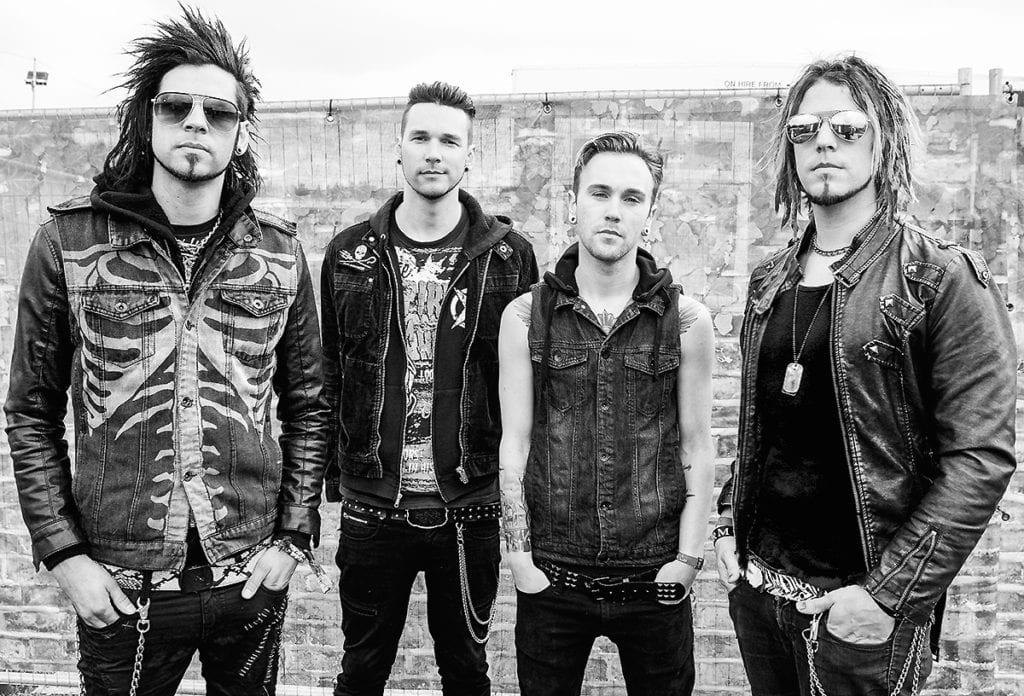 In late 2016, ALTER BRIDGE announced that they will return to Australian shores in April 2017, presented by MJR Presents, on the back of their latest studio album ‘The Last Hero’. Today they are announcing that they are bringing US-via-NZ friends LIKE A STORM along for the ride – and what a heavy rock ride it is!

Known as one of the hardest working bands in the heavy rock world, LIKE A STORM have fought hard to be heard. The brothers from New Zealand went to the United States knowing no one, and built a diehard and devoted fan-base by tirelessly touring to promote their debut album, The End of The Beginning, with Alter Bridge and also with bands such as Shinedown & Creed.

Ironically, the LIKE A STORM boys have never played in New Zealand or on Australian soil, though they’ve toured with everybody from Alter Bridge, Tremonti and Shinedown to Steel Panther, Slash/Myles Kennedy and Black Veil Brides, plus played high-profile festivals such as Download Festival in the UK alongside Korn and Five Finger Death Punch. It is with this yearning to play to Australian and New Zealand’s heavy rock fans that brought them to the tour.

Their US smash single “Love The Way You Hate Me” grabbed the attention of Sirius XM’s rock station, and it seized #1 on their nationwide “Big ‘Uns” countdown for five weeks. The single eventually went Top 30 on the US active rock charts, a major achievement for a completely independent band, and making them the first New Zealand group to ever do so.

Lead Singer, Chris expressed major excitement at the prospect of finally coming home to play (and to the Australian next door neighbours). “We have fought for every little piece of ground that we have gained here in the US and in Europe. To come home now to play our FIRST show in New Zealand as LIKE A STORM, as well as Australia, AND to do it with ALTER BRIDGE, this is a dream come true.”

Myles Kennedy of ALTER BRIDGE is also enthusiastic about their return to New Zealand and Australia with LIKE A STORM in tow. “Every time we tour, I’m reminded of how great it is to have this passionate and loyal audience. We don’t take it lightly,” Myles says. “We consider it an honor that people let us into their lives that way – and we can’t wait to see our loyal fans down under in April, with our tour buddies LIKE A STORM – it’s going to be a load of fun.”

The ALTER BRIDGE – AUSTRALIA/NEW ZEALAND TOUR 2017 is on sale now at mjrpresents.com. 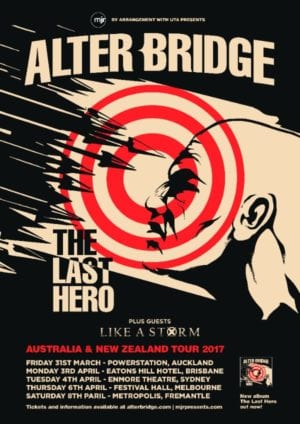