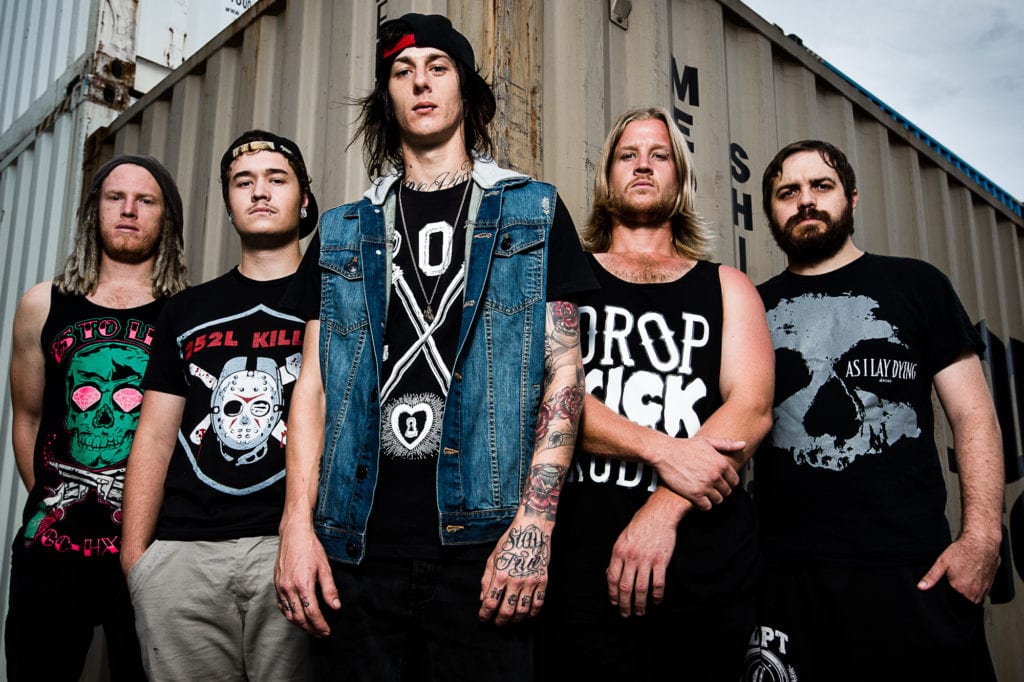 Australia’s award winning powercore-metal pioneers A BREACH OF SILENCE have premiered yet another music video, this time for ‘Broken’. This is the second video clip from their upcoming third studio album entitled ‘Secrets’. ‘Broken’ was written about depression, spawned from a very dark time in the band’s recent past.

“Broken was written about depression, what it feels like at your lowest” states guitarist Mat Cosgrove. “While we were writing this album, our bassist Blair broke up with his girlfriend and it really tore him apart.” Bassist Blair Layt continues, “it reflects a time in my life when I was the most depressed I’ve ever been. I just broke off an emotionally abusive relationship and my thick skin had been worn thin over its duration. I was suicidal, depressed and defeated. For a short time, I turned to drugs to numb the pain. I shut people out, and I almost forgot what it was like to be happy. Luckily, through the amazing support of friends and family, I managed to pull myself together, and take steps to better my state of mind, and return to the positive place I like to revel in. Looking back now, this song is a reminder for me of how far I’ve come since then. I hope that any of our fans feel those vibes when listening, and hopefully they may learn through my experience… that no matter how low you are, life can always get better if you allow it to… even if you think it can’t.”

‘Secrets’ was produced by Fredrik Nordstrom (Bring Me the Horizon, Arch Enemy, In Flames) and mixed by Henrik Udd at Studio Fredman. It will be released worldwide via Eclipse Records on February 24, 2017. The first music video from the new album ‘Falling Away’ has already topped 100,000 views, and may be watched here.

The band’s previous album ‘The Darkest Road’ debuted on the iTunes metal chart at #1 in Australia, and at #20 on AIRA’s 100% Independent chart. Dozens of music blogs and media publications placed it in their Best of 2014 lists too.

‘Secrets’ is already available for pre-order via iTunes and Amazon. Either option comes with the songs “Falling Away”, “Secrets”, and “Nightcrawler” as instant grat tracks! The album is also available for pre-order via Google Play. Additional options and information about Secrets will be forthcoming at Eclipse Records. For more information on A BREACH OF SILENCE including upcoming tour announcements, please visit them on Facebook, Twitter, and Eclipse Records.