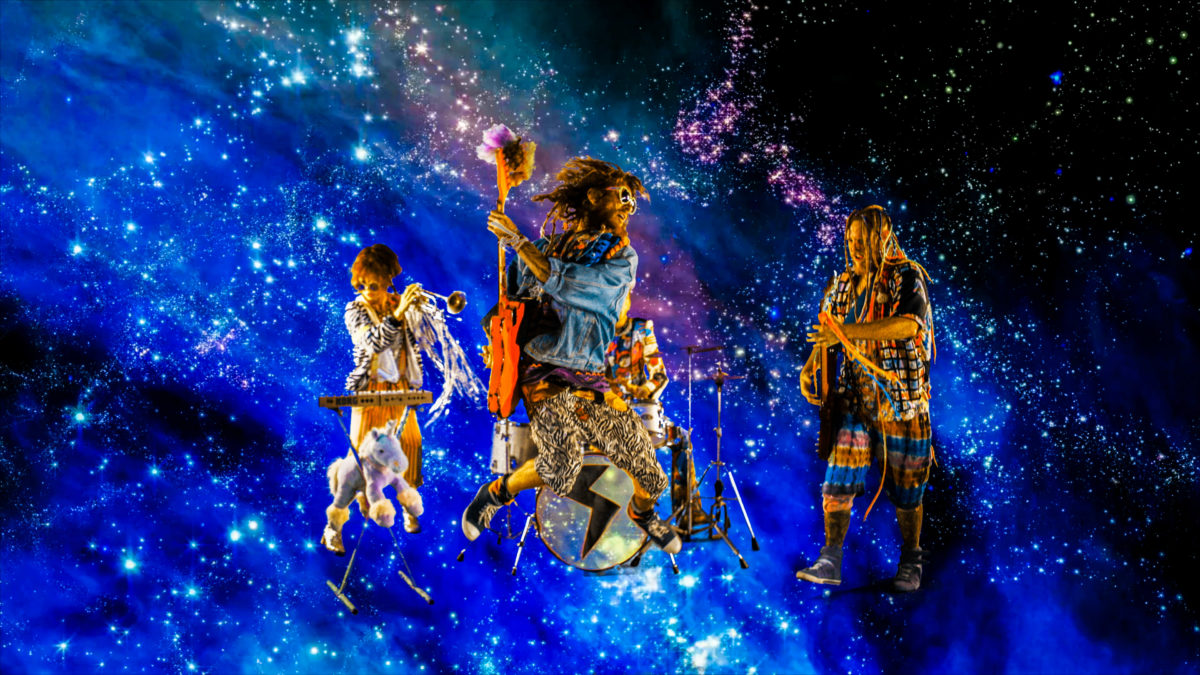 “This song is about a shy dude who is obsessed with a colourful, weird chick at school”, explained Pineapple Lazer frontman Andy Bowles, referring to latest single “Wow (She’s Amazing)”. “Everyone else thinks she is a weirdo, but he thinks she’s amazing and would do anything to be with her! It was inspired by our boredom of predictable mainstream music and over sexualisation in the media. We just wanted to make something unpredictable, high energy, weird, dreamy and fun.

“I love narrative in music videos”, he continued, “and really wanted to tell a full story of this epic, trippy, love tale. We wanted to take the listeners and viewers on an audio/ visual journey far stranger than they could ever expect. Again, I think my inspiration comes from not wanting to make another generic, boring music video but rather tell a story that people could get really absorbed into. The song is basically a boy meets girl acid pop punk adventure song. We were just aiming to mash genres, create something weird and playful and bring people back to a feeling of innocence, imagination and freedom”.

Pineapple Lazer was formed by Andy, who then recruited Aya Samukawa, Joel Bell and Clancy Robinson in late 2015. Their influences include Pixies, Rage Against the Machine, Beastie Boys, PUSA, and infuse distortion, rave, synth and rap into a surprising blend of futuristic, high energy, alien, punk music. The band has played alongside Henge, Thunder Fox, Being Jane Lane, Private Function and Drop Legs and was one of the 10 bands chosen to play the Howl and Moan stage at Falls Festival Byron Bay 2018/2019. They have also just released their first short film entitled Awoko, shot in Tokyo, Japan, which is currently doing the international short film circuit. Always looking to mash things up the band is prepped to release their third single “Alien Sound” with music video in early July, a blend of synth, industrial hip hop and twisted alien noise.