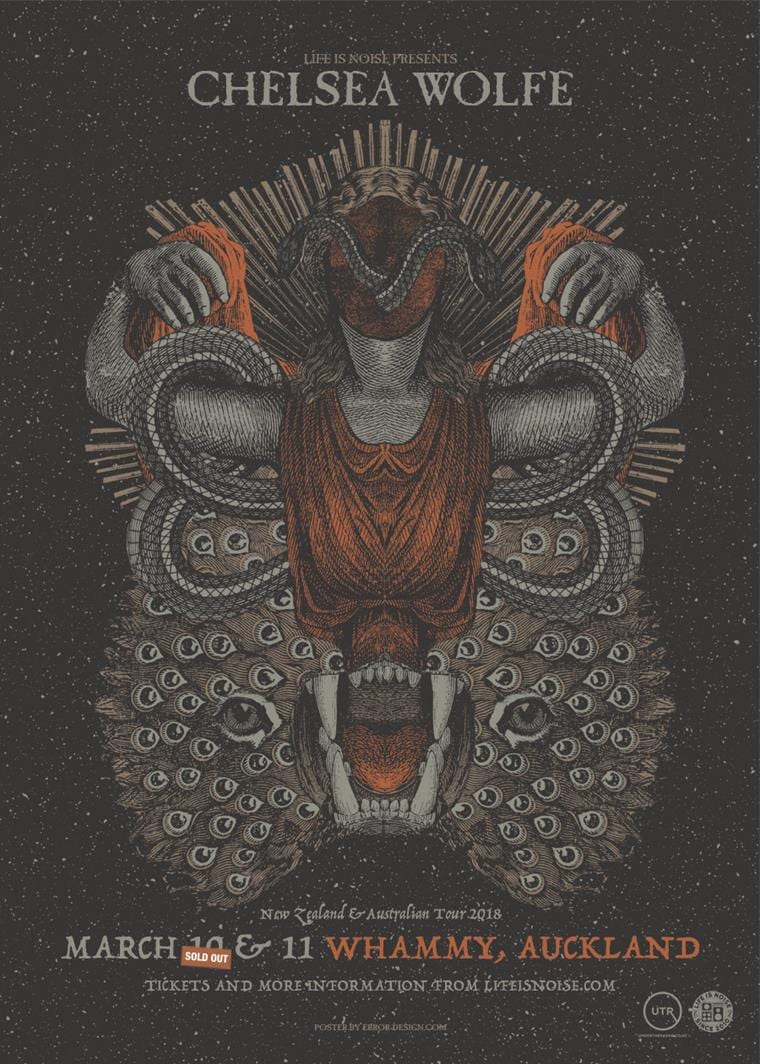 Due to the first Auckland show on March 10 selling out we have great pleasure in announcing a second Chelsea Wolfe show on March 11 at Whammy Bar in Auckland.

LIFE IS NOISE is proud to announce the return of Chelsea Wolfe to Australia for her first full tour since 2012, as well as her first ever New Zealand shows.

Seamlessly fusing elements of gothic-rock, folk, and doom metal, Wolfe will be performing in Wellington, Auckland, Brisbane, Sydney, Melbourne, and finally Perth throughout March of 2018.

Wolfe’s music offers a combination of the delicate and the crushing, brooding and visceral, lyrically steeped in introspective dread. The end product is a winning formula that has earned Wolfe critical commendation for the best part of a decade. Her latest release, Hiss Spun, unveiled in September this year, is receiving similar praise.

Wolfe has garnered a considerably larger audience since her 2012 shows. With the release of the critically acclaimed Hiss Spun, it’s expected that these shows will sell out quickly. Grab your tickets early – don’t miss out.