For their third album the trio joined forces with producer Martin Furia who has worked with artists including the likes of Destruction, Flotsam & Jetsam and Evil Invaders.
Genre legends such as João Gordo (Ratos de Porão), Rodrigo Oliveira (Korzus) and Michael Gilbert (Flotsam & Jetsam) are featured on the new album as well!
Today a new song sees the light of day: Get ready to “Kill The Silence”!
Guitarist Prika comments on the new song and video:
“A perfect scenery to compose lyrics that encourage overcoming. It talks about things that hurt you and that you’re not alone. This new video symbolizes a new phase in the band with which I identify myself 100%!
“I like the idea of using fire in the video, because i think the symbology has everything to do with the message in the song. Fire represents renewal and mainly purification, and using it in the video really gives me the idea of triumph, overcoming and moving on!” adds Fernanda.
Watch the lyric video for first single Never Forget, Never Repeat here!
Downfall of Mankind track listing:
1. Intro
2. Horrordome
3. Never Forget, Never Repeat
4. Enslave
5. Bleeding
6. … And Justice for Whom?
7. Vultures
8. Kill the Silence
9. No Mercy
10. Raise Your Fist!
11. Fear, Violence and Massacre
12. Conflict
13. Cultura do Estupro
14. Selfish Battle (Bonus Track)
Pre orders available now!
www.nervegas.com.au/napalmrecords 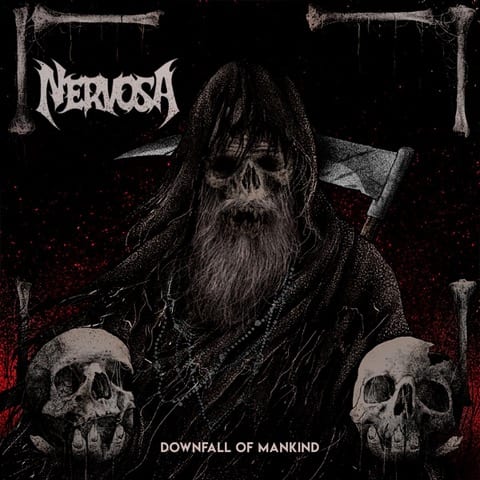