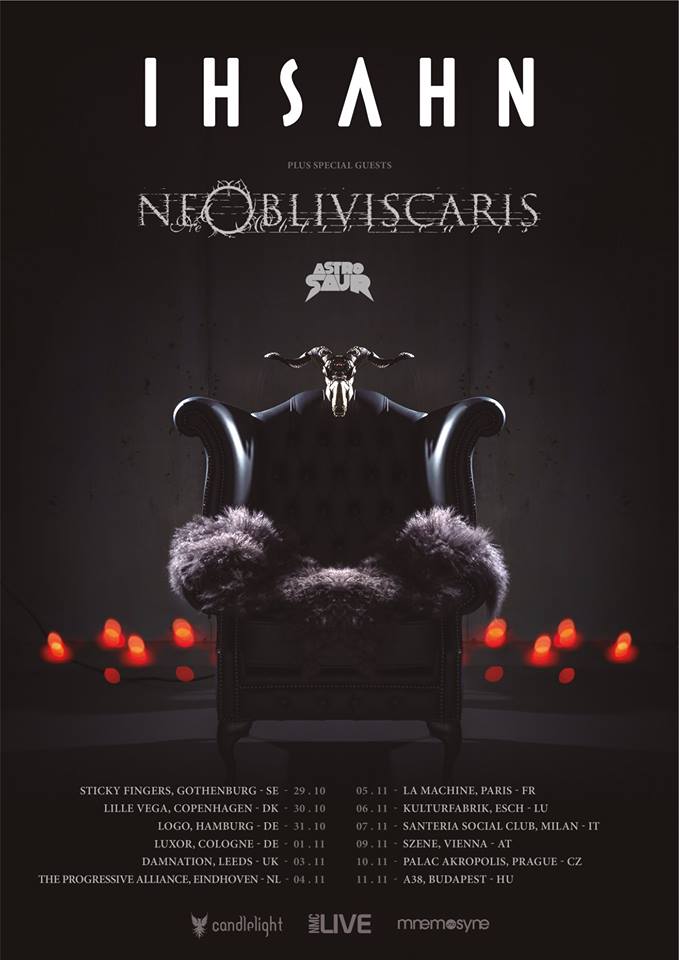 Australian prog metal master NE OBLIVISCARIS have announced a European tour with IHSAHN and ASTROSAUR. The tour kicks off on October 29 in Sweden and will end on November 11, in Hungary. A full list of tour dates can be found below.

NE OBLIVISCARIS comment: “IHSAHN, from arguably the most well known black metal band in history, Emperor, has given us the opportunity to share his European tour in support his latest solo release, the brilliant, “Ámr”. We’ve all been fans of IHSAHN’s work for many years now and to support such an iconic artist we’ve looked up to is an honour and will certainly be a defining moment in not only our careers, but also our lives. Opening will be instrumental Norwegians, ASTROSAUR. If you want prog, melody, metal, and history, be there.”

NE OBLIVISCARIS
With IHSAHN and ASTROSAUR