Out of the picturesque Blue Mountains we have been hearing some amazing sounds from alternative rockers Red Bee over the past few years. Red Bee have been a band on the rise since the release of their first album Ictus in 2012. Since then the band have made waves with another EP as well as joining the likes of Seether, Caligula’s Horse and King Parrot on tour – now comes their new album Silent Enemy which has seen the band likened to Faith No More and Mastodon.

HEAVY Mag recently caught up with Daniel Silk from Red Bee to chat about the album and he says the band’s location is a big influence on them and their music. “It is something but the energy up here that happens,” he says. “I mean that is why we live up here, it’s beautiful and the music scene up here is just amazing and it is not just heavy bands it is all kinds of creative artists… they are all amazing, there is heaps going on in all genres and artists of all forms and it’s just an amazing place to live.”

When it comes to Silent Enemy as an album though Silk says this was an album written for the band. “We just want to write music that excites us,” he says. “We just sort of write about our lives and what has happened in our lives. It is part of who we are and I know that sounds so clichéd but we kind of live this everyday, we write music everyday and living in the mountains… and I can’t help but think that is where it comes from because that is part of our everyday sort of thing.”

But writing every day still doesn’t mean that when the band hits the studio they find themselves in Michael Jackson territory with a hundred songs they could record. “I so wish it was like that,” says Silk laughing. “But it never works out that way. We are really harsh on what we end up going with so we’re not afraid to throw writing in the garbage bin so we know when something is working or if it is not. We write a lot and then we come together and then we jam it out and see how it goes from there. It can be a laborious process going through bits, and yeah it is an enjoyable process at the same time, just going through everything and making the best music that we can make.”

Silent Enemy is out now. You can listen to the full Red Bee interview above. 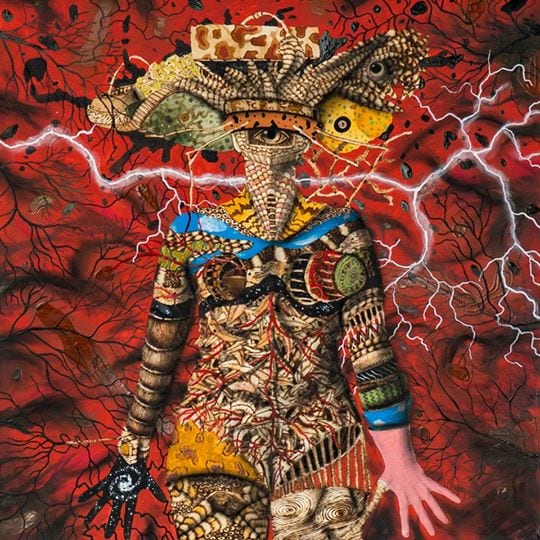