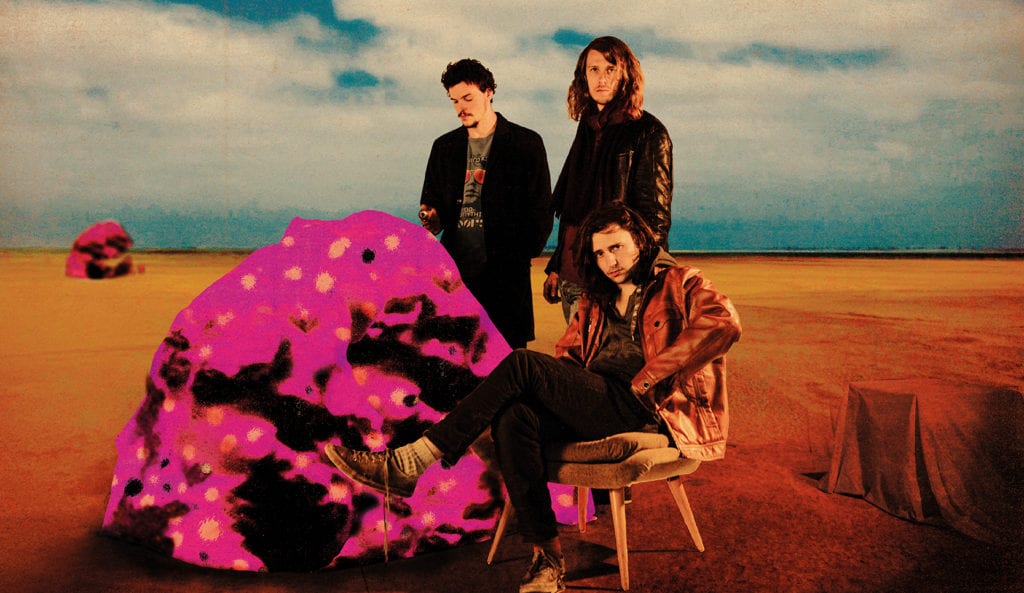 Austrian psychedelic, progressive trio Mother’s Cake will be returning to Australia in February 2017!The band are set to release their highly anticipated third album, No Rhyme No Reason on January 27!Mother’s Cake have been producing their explosive blend of psych, indie, blues and space rock since their formation in 2008 and have developed into a phenomenal live act. The raw, pure energy transmitted by the band affects audiences on a primal and collective level. An energy Australian crowds have not experienced since the bands debut tour here in 2014 where they co-headlined Melbourne’s Rock The Bay Festival.

Joining Mother’s Cake for the full Australian tour are Melbourne’s purveyors of astral space rock, AlithiA
Recently returned from a late 2016 European tour and fresh from appearances at Melbourne’s titanic Progfest 2016, and supporting Germany’s The Ocean,
AlithiA take you on a journey through the cosmos, with their hypnotic live show shaped by melodies with mutant riffs, driven by tribal percussion, and a shamanistic feel which captivates you whole.
Please note there is a DATE change for the Canberra show, from Sunday, February 19 to Friday, February 24 – All tickets are valid for the new date.
Mother’s Cake will kick things off in Brisbane where hometown progressive instrumentalists, Crow Do Not Loiter Here will open proceedings in sublime fashion and experimental, alternative noise makers, Kodiak Empire will deliver a dramatic set progressive rock. ahead ofAlithia and the main event.
Sydney’s Factory Floor won’t know what hit it when The Mis-Made take the stage and blast out a dose of heavy dark rock as only they can. Featuring former members of Nitocris and Bitchslap, fans of both band will know what to expect, everyone else better look out! With their grunge inspired alternative stylings, Interim have managed to create something new out of the very familiar. Their soon to be released debut album will be released in the form of a new video and single every month!
Newcastle natives, Zappo describe their sound as The B 52’s playing Sonic Youth. With that in mind, best get to The Small Ballroom early and catch their infectiously energetic live show!
Three piece local’s Stone Empire are on the rise. With a #1 Chart position on Triple J’s Unearthed and two more in the top 5, they are undoubtedly making an impact!
Adelaide’s post rock, progressives, Overview Effect recently opened for Swedish heavyweights, Katatonia and played second from the top at last years’ Vision Festival. Moving from strictly instrumental, the addition of female vocals has taken their music into otherworldly realms. Lunatic funk rock is how best to describe the Tony Font Show and their psychedelic groove is bound to have every last person at the Enigma Bar on their feet!
In Melbourne, local three piece psychedelic grungers Greentheif claim they are the lovechild of Jeff Buckley and Trent Reznor. With influences ranging from The Beatles to RATM and Tame Impala, they are nothing if not diverse!
Fresh from Progfest, Qlaye Face will deliver a set brimming with atmospheric soundscapes that push creative boundaries to the edge. Their ambition, precision and integrity has lead to a rapidly expanding fanbase!
In Canberra, Renegade Peacock will deliver a set that comes straight from the Seattle scene’s golden age. With an undeniable grunge influence and a bit of Hendrix thrown in, the band will have The Basement primed and ready for the fuzzy goodness set to be delivered by Tundrel. Their classic rock/grunge/prog hybrid makes them slot in perfectly on any line up.