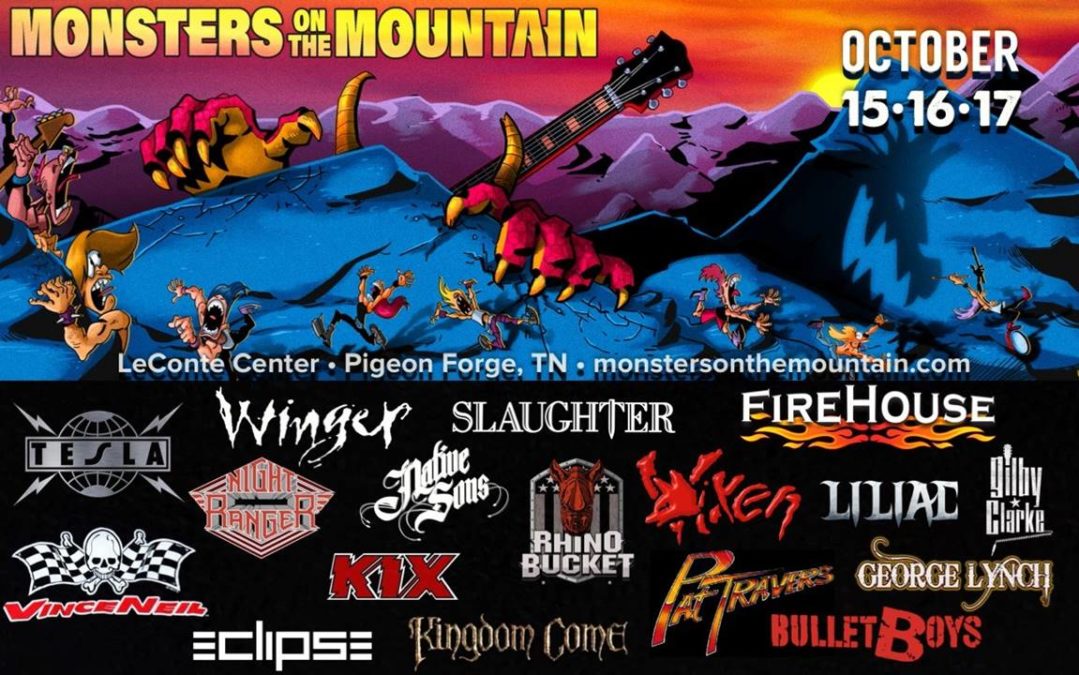 Monsters on the Mountain, a three-day hard rock music experience brought to you by the creators of the pioneering Monsters of Rock Cruise, will take place this October 15-17 at the LeConte Center at Pigeon Forge (2986 Teaster Lane, Pigeon Forge, TN 37863) in Tennessee’s beautiful Great Smoky Mountains.

This immersive fan and artist celebration will host over 20 rock acts, plus an array of interactive events and activities. All ticket holders will not only receive complimentary parking and unlimited access to the performances, but also access to the Rock N’ Roll Vendor Market, Rock N’ Roll Art Gallery, and The Ultimate Tailgate Party, with a lot more to be announced.

The public on-sale kicked off Friday (6/11), with three-day packages starting at $265.00 per person (plus ticketing fees and taxes) and individual day tickets also being available. For more info and to purchase tickets, visit MonstersOnTheMountain.com and follow Monsters of Rock Cruise on Facebook, Instagram, and Twitter for updates as well.