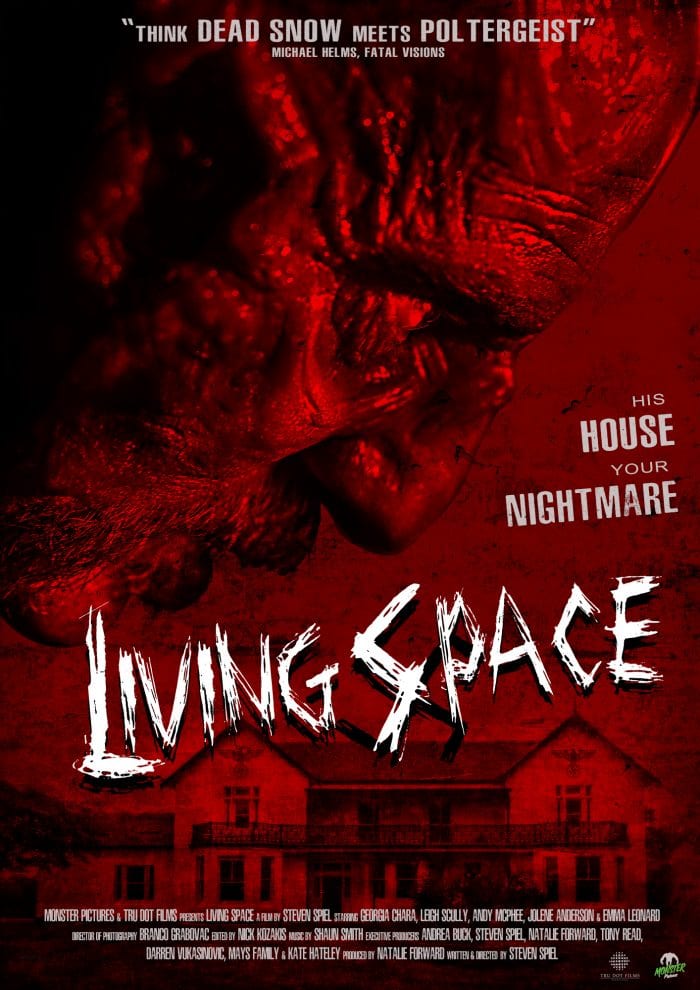 A romantic holiday takes a sinister turn when Brad & Ashley’s car breaks down in the German countryside. Forced to take refuge in an isolated farmhouse they thought to be abandoned, the couple quickly learn that the house holds a dark past. Thrust into a supernatural nightmare, the pair must battle malevolent forces lead by an undead Nazi general if they wish to survive the night.

LIVING SPACE attracted some of Australia’s best crew including special effects artist Steven Boyle (STAR WARS EPISODE II: ATTACK OF THE CLONES, KING KONG, PREDESTINATION), cinematographer Branco Grabovac (WITCHES) and set designer Das Patterson (THE DRESSMAKER, THE LEGEND OF BEN HALL), all of whom have contributed to making the film a success.