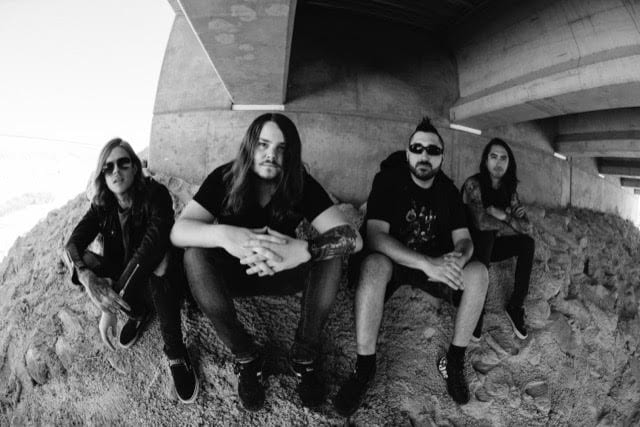 Kicking off this next chapter with a bang, the band is sharing its new single Warzone today.

The clip lives up to the song’s explosive combination of metallic insurgency and irresistible hooks.

“We’re excited to be debuting the music video for ‘Warzone’ today, a song from our new album, Defy,” said Pauley. “For us, this new album encapsulates and showcases our desire to return to an aggressive, live-oriented sound, and ‘Warzone’ is of the heaviest tracks on the album. Because we love releasing new music as often as we can, it only seemed fitting to release it right before our massive EU/UK tour with In Flames and Five Finger Death Punch this Fall/Winter. So turn it up, and bang your head.”

Most importantly, “Warzone” lays the foundation for one of 2018’s most anxiously awaited rock records.

Earlier this year, Of Mice & Men teased the forthcoming album with the one-two punch of the singles “Unbreakable” and “Back to Me.”
Those songs have clocked over 7 million Spotify streams and 5 million YouTube/VEVO views in six months. Loudwire described it as “soaring,” while Billboard, Alternative Press, and more featured the tracks.

Over the course of nearly a decade, Of Mice & Men have steadily risen to the top of the genre’s ranks, hitting No. 1 on Billboard’s Rock and Independent Charts and No. 4 on the genre-spanning Top 200.

The band has also racked up close to 5 million social media followers, along with a following so dedicated that it’s practically disciple-like in its fandom.
Through the years, they’ve shared stages with artists such as Metallica, Linkin Park, Slipknot, and Queens of the Stone Age, holding their own all the while winning over new fans with each performance.