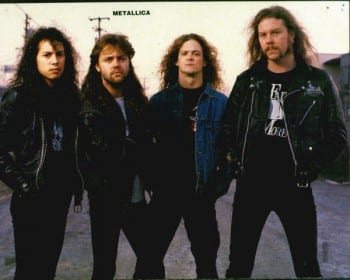 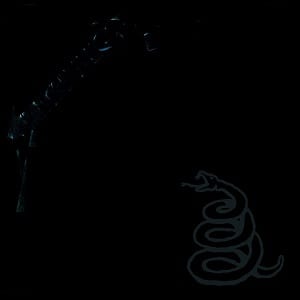 The second half of 1991 was a truly amazing time in music and Metallica got in a month earlier than a couple of their heavyweight peers by releasing their fifth album in August. In September, Guns n’ Roses would release their ambitious Use Your Illusion double-plugger, while the following Tuesday, Nevermind would announce the most vital step of Nirvana’s brain-blowing ascension (pun intended).

Extolling the virtues of Metallica’s influence to the seasoned metalhead is akin to selling the Immaculate Conception to the Pope; he made his peace with the unlikely concept years ago and has long since chosen his genre. Catholicism, tech-death metal; each denomination has its ardent core following and raises questions regarding sanity among casual onlookers.

Papal metaphors aside, those same metalheads would be doing themselves a disservice not to revisit every now and then. It doesn’t matter how awesome you thought the first four albums were, the fact is that the twelve tracks Metallica released just prior to their sixteen-year mid-life crisis still rate as some of the best ever written. That’s barely even open to subjective debate; the runs are on the board.

Personnel-wise, this was Jason Newsted’s second album with the band, but as far as anyone could tell, the first he actually played on. The other three had come a long way together, making it through acne and the death of a dear friend, sacrificing promising tennis careers and Dave Mustaine, all in the raw pursuit of metal glory. But having backed out four of the greatest metal albums of all time like they’d shit excellence forever, Metallica suddenly took a polarising turn. The songs got shorter, the riffs more polished. Was it a shot at commercial glory as some suggested, or were they just doing what they did?

It was only a few years later when the much maligned Jason Newsted would find himself defending the whole Load thing by suggesting that, even if years in the future he was playing stand-up bass and James a violin, they would “still be Metallica”. James may yet pick up the violin, but as the ‘80s became the ‘90s, he was churning out some of the most irresistible riffs on the planet. Looking back during a 2011 interview with Music Radar, producer Bob Rock said that “Lars wanted Metallica to groove more.” Whether by design or by coincidence, the wider music listening community started listening.

I remember not knowing how to feel when my school teacher professed her fondness for the track, One, from the …And Justice For All album. They’d dropped their punk defiance in releasing their first ever music video for that track, and now ‘Mrs Brownstone’ (her real name withheld to protect her identity) liked it! Considering the sheened commercial leanings of Metallica in making Justice sound a bit like Darkthrone’s, A Blaze In The Northern Sky, in terms of production. Seemingly, bringing metal to the masses, would this see my grandfather’s Slim Dusty vinyls reduced to expensive Frisbees while even he tapped his toes to the The Black Album?

Wanna know how Metallica could afford to employ that dude with the horrific jumper in the meltdown-caught-on-tape that was Some Kind Of Monster? The figures in the years since the release of Metallica are as impressive as the GDP per capita of the tiny constitutional monarchy known as Qatar. Similarly, the human rights violations are in murky waters if you were to ask Bob Rock at the time. Regardless of a few little tipples here and there, the planets aligned for this to become one of the albums in any genre, ever.

It’s a staple in ‘Best of…’ album lists and critical acclaim was surpassed only by astronomical sales. I could list every detail, but suffice to say that the album tramples Shania Twain in second, to place first on the list of best-selling albums in the States since Nielsen SoundScan tracking became a thing. Yeah, there’s the whole illegal downloading thing that renders that mantle somewhat irrelevant in present day, but it’s still pretty damn crazy for a metal band.

We must remember that this was a time when Metallica were flag-bearers. It’s frustratingly paradoxical that an evangelist fan might preach the virtues of metal to anyone who shows the slightest interest, and even those who don’t, but then calls “sell-out” when those same people start to buy a metal band’s albums. This is what Metallica and Metallica have dealt with since August 12, 1991. But not to worry; it made them as rich as Croesus!

Let’s have a look at the actual music, shall we? It might seem odd to begin with the ninth track off the album, Of Wolf And Man, but hey, Babymetal sells more records than Psycroptic so you tell me what’s weird. This song is the perfect example of the bridge between old and new Metallica. Its punchy riffs sound as though they’d slot right into Master Of Puppets, if only they weren’t chopped in half. Then there’s, The God That Failed, with the casual groove of the bass intro coupled with Lars’ beats, noticeably less complicated as though he’d been listening to a whole bunch of AC/DC or Rolling Stones.

If the tunes were all simple and concise versions of what Metallica used to be, then what made it work? Well, could it be that each song is just about as catchy as metal could possibly be! The monumental and immediately identifiable opening to, Enter Sandman, signals the previously non-existent accessibility of a brace of singles, with The Unforgiven, Nothing Else Matters, Wherever I May Roam, and Sad but True, all following and each enjoying its own level of success.

It’s those first two after ‘Sandman’ that illustrate the band’s most drastic change. Aside from the brilliantly juvenile yet derivatively tinged debut, each of Metallica’s previous albums had at least hinted at something resembling what we’ll call a ‘metal ballad’; the first half of the forementioned One, the most obvious example. But each time they went for it, with Fade To Black from Ride The Lightning, or Welcome Home (Sanitarium) from Puppets, the songwriters seemed to fall back on the relative comfort of lightning speed thrash riffs for the song’s second act. Not so with The Unforgiven and especially, Nothing Else Matters. It’s interesting to note that those two tracks also stand out as those with the most noticeable maturation lyrically.

Whether the purists in us care to admit it or not, this was metal’s finest testing themselves as they went about figuring out what was possible. Their boldness in writing focused stadium fillers while contemporaries like Slayer took a slightly safer route preferring to remain comfortably inside the box, should be applauded by the metal community far more than it actually is.

That is, of course, unless you really wanted to hear them rewrite Creeping Death a thousand different ways until they became a slightly heavier version of AC/DC. James Hetfield, Lars Ulrich, Kirk Hammett, and their new mate, Jason Newsted, wrote and released one the greatest albums of all time, metal or otherwise, in what came to be known as The Black Album.

I have no idea what the snake was about and I sometimes wonder if they got lazy with the cover art, but I can tell you this; you know an album is great when Prince and Jay-Z both released an album actually titled, The Black Album, and yet a self-titled metal album still bears an eponymous title more immediately identifiable than those two releases put together.

You don’t need to see chart performance or read critical review to tell you Metallica was pure greatness; just listen to the damn thing without the bias of what who you thought Metallica was supposed to be.