[BOOK] METALLICA: BACK TO THE FRONT BOOK 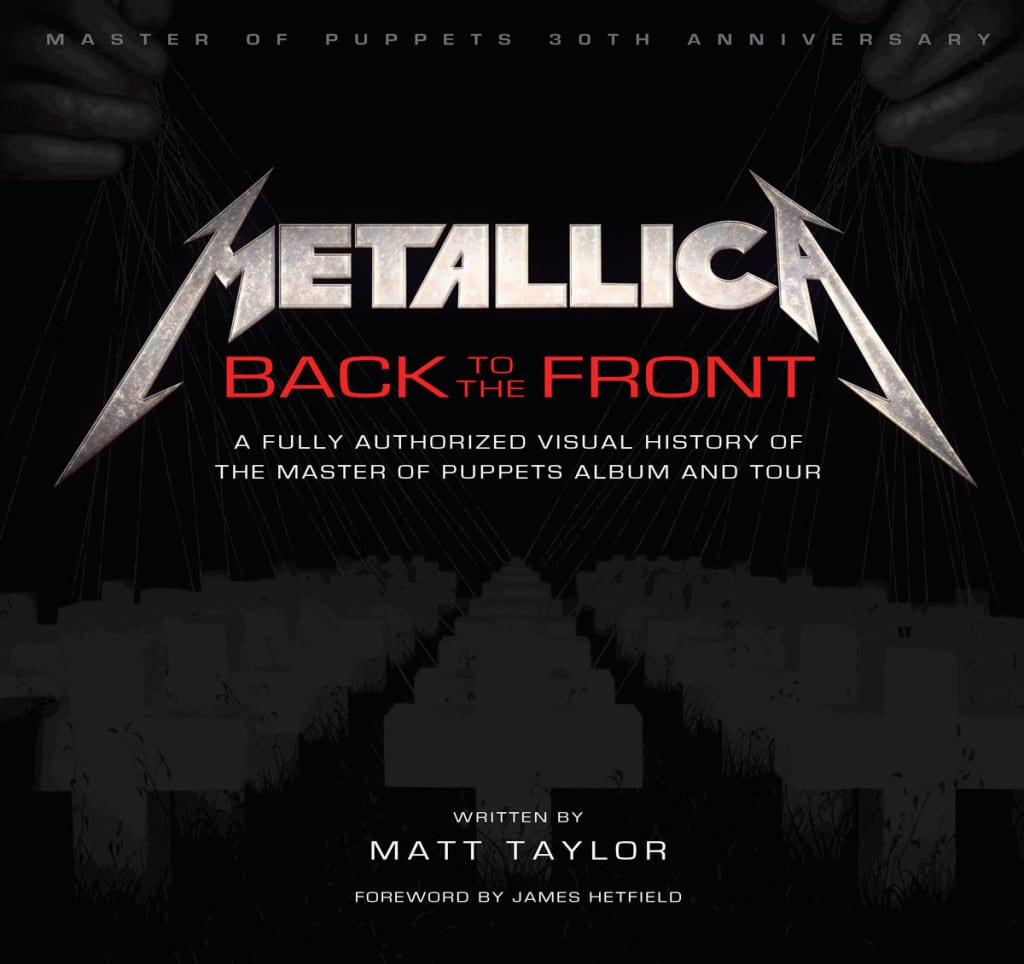 [vc_row][vc_column][vc_column_text]We’ve been lucky enough to score a copy of this prominent piece of metal history; Metallica: Back to the Front, the definitive story of the Master of Puppets album and subsequent tour that followed it’s release.

And what do we at HEAVY headquarters think of it? We would like to give you an in-depth review, but our boss took it to bed last night and fell asleep with it, and we haven’t seen it since. That’s how much it means to him.

My wife caught me in bed with another… book today… But she doesn’t blame me; it’s a copy of Metallica’s new book, Back To The Front, (to be realised mid-August) which I got for reviewing for @heavy_mag #metallica #backtothefront #metal #book #sleeping #caughtintheact #sleepingaround #insighteditions #heavy #heavymag #heavymetal #thrash #happy #dreaming

If you are as old as he is [he’s only 41, Editors note] and have been a fan of Metallica since ’86 you would probably feel the same about this book.

Although we haven’t had the chance to read through it fully, because of the boss’s “love affair” with it, we have been allowed to flick through the 276 pages containing hundreds of previously unseen photos of the band in it’s blossoming stages, during the Master Of Puppets tour.

One thing that immediately stood out was that back then the band smiled a lot more. There are tonnes of photos of the guys goofing around, drinking beer, topless in their back yard and jamming in garages. Today we don’t observe such vim and vigour.

There’s an in-depth recall of the day that Cliff Burton died and plenty of photographs depicting his character and love that his band – particularly James – had and still has for him. A must read.

While we patiently wait for the announcement of Metallica’s new album later this year (or early the next), this is a good tiding over.

Metallica: Back to the Front officially hits bookstores and online stores on September 13, 2016. A collector’s edition of the book will be available two weeks earlier on August 30, 2016, through the official Metallica website, Metallica.com, and MoonriseMedia.net.

Lars talking about the book.

James talking about the book.