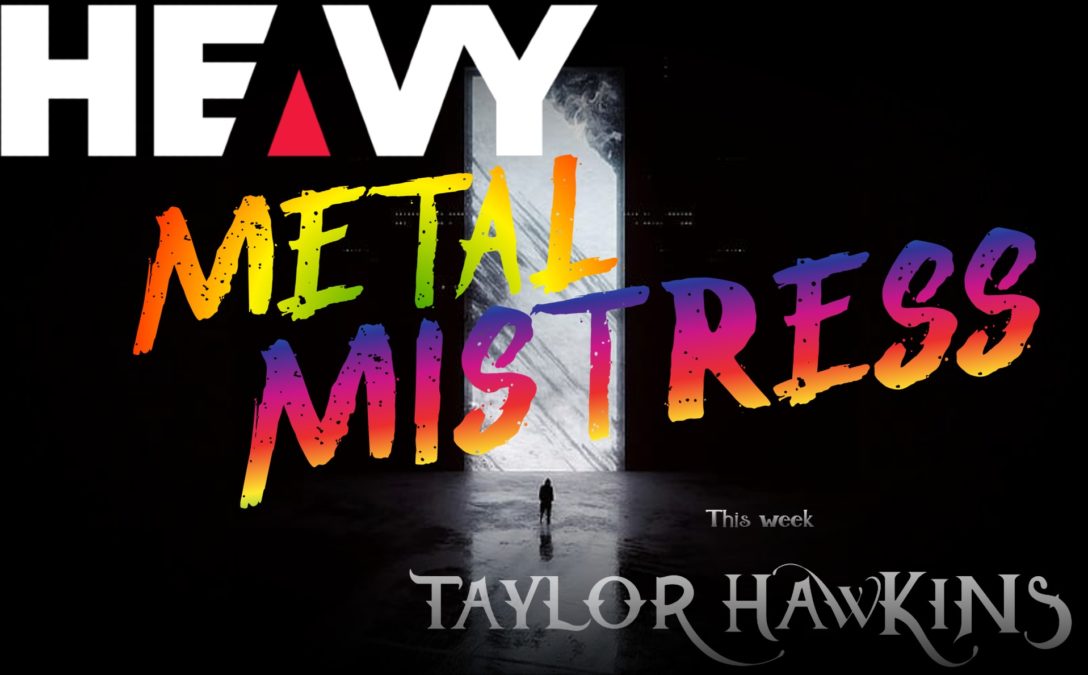 This week we share with you the life and times of Taylor Hawkins. May he Rest In Peace.

Born Oliver Taylor Hawkins in Fort Worth, Texas in 1972, Taylor Hawkins’s path to world-renowned drummer of the Dave Grohl led Foo Fighters was anything but what you would expect.

His first band, around 1995, was a Southern Californian outfit named Sylvia that would go on to become Anyone and feature musicians such as David Silveria (Korn) and Jon ‘Jueno’ Davison who went on to become a prominent member of Yes.

“I used to dress like Roger Taylor when I was 10 because I thought he was cool. In high school, I used to dress like Stephen Perkins from Jane’s Addiction because I thought he was cool. You just want to be those guys when you’re that age. Then the older you get you start to find yourself, through all of your musical and life experiences and become who you are. Some amalgamated version of all these influences and stories and haircuts. All of these things you’ve adopted in part of — that have metamorphosed into who you are as a person — musically and personally. We wear our influences pretty heavy on our sleeve on this record, no question.”

Before Sylvia, however, a 22 year old Taylor toured as drummer for Sass Jordan, of whom Hawkins would later say, “Sass taught me how to be in a rock and roll band and gave me my first rock and roll check.” On July 9, 2015, Jordan was reunited with Hawkins when she joined Foo Fighters on stage in Toronto to cover Stay With Me by the Faces. Before the performance, Dave Grohl said, “If it weren’t for Sass Jordan, Taylor Hawkins wouldn’t be in Foo Fighters.”

Between mid 1995 to March 1997 Hawkins drummed for Alanis Morissette on the Jagged Little Pill and Can’t Not Tour. He appeared in the videos for You Oughta Know, All I Really Want, and You Learn. He also appeared on Morissette’s VHS/DVD Jagged Little Pill, Live (1997).

Elsewhere in the musical multiverse, an emerging rock outfit called Foo Fighters began preparations for their second album The Colour And The Shape in 1996.

Resulting conflict from the recording sessions between frontman Dave Grohl and then drummer William Goldsmith resulted in Goldsmith leaving the band and Grohl stepping in to record drums for that album.

Hawkins and Grohl were nothing more than professional acquaintances at the time, so Grohl contacted Hawkins to seek advice on selecting a new drummer. At the time Alanis Morissette was a more popular and established act than Foo Fighters, which caused Grohl to mistakenly believe Hawkins would not be interested in the role himself.

To Grohl’s surprise, Hawkins volunteered himself for the position, explaining he wanted to play with a rock band rather than a solo act.

Hawkins was officially named drummer for Foo Fighters on March 18, 1997, with his first album as drummer There Is Nothing Left To Lose in 1999. That album wasn’t without its share of troubles, with guitarist Pat Smear (who was also Nirvana’s touring guitarist) leaving not long after The Colour And The Shape, only to be replaced by Franz Stahl who was fired before the recording of There Is Nothing Left To Lose. Chris Shiffett joined soon after that album was completed, and Foo Fighters released One By One in 2002, the double disk In Your Honour (2005), which featured acoustic tracks and heavier material, before releasing Echoes, Silence, Patience & Grace in 2007.

“The guy is a fucking creative god. He really is. He never stops, and he’s just got such conviction and faith in whatever he is working on. There’s never any second guessing with Dave, and I really respect that about him. I’ve learned so much from that fucker, and I just continue to.”

Although Hawkins was a full member of Foo Fighters his search for musical fulfilment saw him spread his talents around, featuring as guest artist on albums from Coheed & Cambria in 2007 (Good Apollo, I’m Burning Star IV, Volume Two: No World for Tomorrow) and Slash’s self-titled solo album in 2010, providing backing vocals on Crucify The Dead which featured Ozzy Osbourne.

“The drummer is stereotypically the dumb guy. Maybe that’s why I always respect drummers who do more than drum.”

The following year Hawkins announced a side project called The Birds Of Satan, featuring his drum technician and Chevy Metal bandmate Wiley Hodgden on bass and vocals and Chevy Metal guitarist Mick Murphy. They released their debut and only album in April 2014, with a release party at ‘Rock n Roll Pizza’ featuring the Foo Fighters guesting on some of the cover tracks.

In 2006 another of Hawkins’ projects Taylor Hawkins and the Coattail Riders released their debut album. Hawkins was the drummer and vocalist for the trio. Other band members have included Chris Chaney on bass, Gannin Arnold on guitar and support vocals, and Nate Wood on guitar and support vocals Chaney and Hawkins had previously been in Alanis Morissette’s tour band Sexual Chocolate.

On March 21, 2006, the band released their self-titled debut album. It featured eleven songs, which were recorded in 2004, before Foo Fighters started recording In Your Honor. Their first official video was of the first song off the album, Louise. The band went on to release two more albums, Red Light Fever in 2010 and Get The Money in 2019.

Hawkins invited other stars to sing in the Taylor Hawkins and the Coattail Riders album Get the Money, such as LeAnn Rimes, who sang on one of his songs titled C U In Hell. Loudwire named the album one of the 50 best rock efforts of 2019. Other musicians who appeared on his projects included Roger Taylor, Brian May, Dave Grohl, Nancy Wilson, Joe Walsh, Chrissie Hynde, and many more.

In 2021, Hawkins and Jane’s Addiction members Dave Navarro and Chris Chaney formed a supergroup called NHC. Described by Hawkins as being “somewhere between Rush and the Faces“, the band made its live debut in September 2021 at Eddie Vedder‘s Ohana festival, with Taylor’s Foo Fighters bandmate Pat Smear on additional guitar. The band recorded an album in 2021, which is due for release in 2022.

“I know I’m not Freddie Mercury or Ann Wilson, and that’s okay. You don’t have to be a great singer to sing rock and roll. That’s not what it’s about.”

Along with the other members of Foo Fighters, Hawkins made his acting debut in the film Studio 666, released on February 25, 2022.

His last album with Foo Fighters was Medicine At Midnight in 2021.

Hawkins was a talented musician, who also loved to play guitar. Although not proficient at the instrument he would often trade places with Grohl for encores at Foo Fighters live shows and more than matched his more famous counterpart.

He has left a musical legacy that only captures a portion of the man that was Taylor Hawkins. The hole he has left in the music world is immeasurable, but the impact and enduring warmth that Taylor gifted through music shall live on forever.