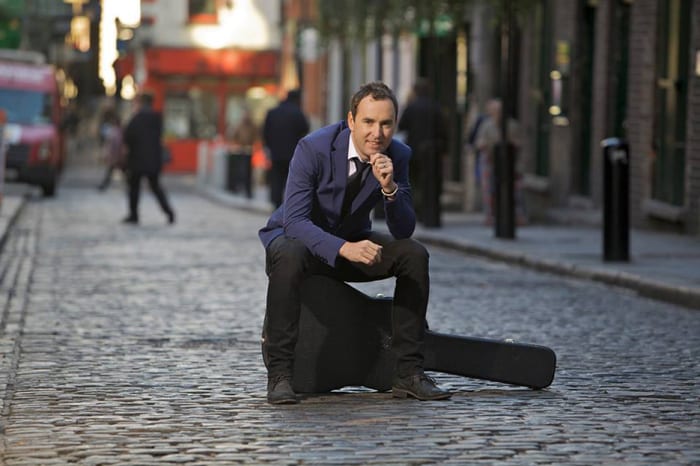 Melbourne-based social worker Giovanna Mercuri has turned her experiences advocating for clients’ mental health into a full-length feature film and a popular television series, with the aim to shine the light on important issues such as bullying and domestic violence. Under her film company Locked-In Productions, Giovanna is in the middle of airing Season Two of her popular television series The Travel Counsellor, broadcast on Channel 31 every Sunday. Not only is she currently working on Season Three, set for release in early 2019, but has just launched her second full-length feature film, The Target, starring Damien Leith, which officially opened to coincide with RUOK Day.

The Target holds an important message for Giovanna, one that she hopes impacts audiences and makes them take a step back and think. She says the inspiration came from her own counselling practice and she penned abstract storyline using her own experiences. “While conducting counselling sessions, I often come across clients who are suffering from major anxiety and depression, due to various types of bullying,” she says. “Upon reflection one day, I realised that this issue of bullying just doesn’t seem to go away, or doesn’t seem to be getting any better. I decided to make a movie as a different forum to show the serious effects bullying has.”

It is a heart-wrenching look at what bullying can do. The Target focuses on a woman remembering her husband who committed suicide because of workplace bullying. As she reads the eulogy at the funeral, those attending have flashbacks to their own bullying experiences – in and out of the workplace, at home and at school. Featuring a 120-strong cast and crew, many of whom were part of The Target as their own passion project, because they each had experienced bullying in some form throughout their lives.

“The Target is based on real events of people’s lives,” says Giovanna. “Filming the movie was an amazing experience and I felt so privileged to have such talented people around me who were just as passionate about spreading the bullying word as I was.”

Giovanna’s other passion project under Locked-In Productions is The Travel Counsellor, currently airing its second season, a drama about a counsellor visiting Australian homes and conducting sessions on a broad variety of issues. “The show is designed to address life difficulties and issues that people face,” says Giovanna. “Adele, the counsellor, teaches her clients real strategies on how to handle such difficulties and it is designed to teach audiences solution focused techniques they too may be able to adopt in their lives. This drama is about empowering people to reach out when suffering from mental health issues. The show also teaches friends and families how to respond when they are being reached out to and how common certain issues are.”

With an extensive background in performing arts, Giovanna has been singing, dancing and acting since she was a child. She has taken her combined education – Bachelor of Teaching (Early Childhood), Bachelor of Education and Bachelor of Social Work – to create targeted programs designed to spark interest, but also provide education and skills. Her debut full-length feature film, Locked In, focused on domestic violence and buoyed up by the feedback from audiences, she hasn’t looked back since.

“I have been receiving amazing mail about how The Travel Counsellor is helping people feel brave about reaching out to others about their difficulties and mental health issues,” she says. “The general consensus is that the series is making it easy for people who are suffering mental health issues to talk about it. Sometimes I feel as a counsellor that no matter how hard I work, how much I try and help people, talking is just not enough. I have found helping people with mental health throughout the movies and series has been a powerful tool. Sometimes people are too scared to talk about mental health – my show teaches them they are not alone.”

Giovanna hopes the conversation about mental health continues and is currently filming season three of The Travel Counsellor, due to air in 2019.