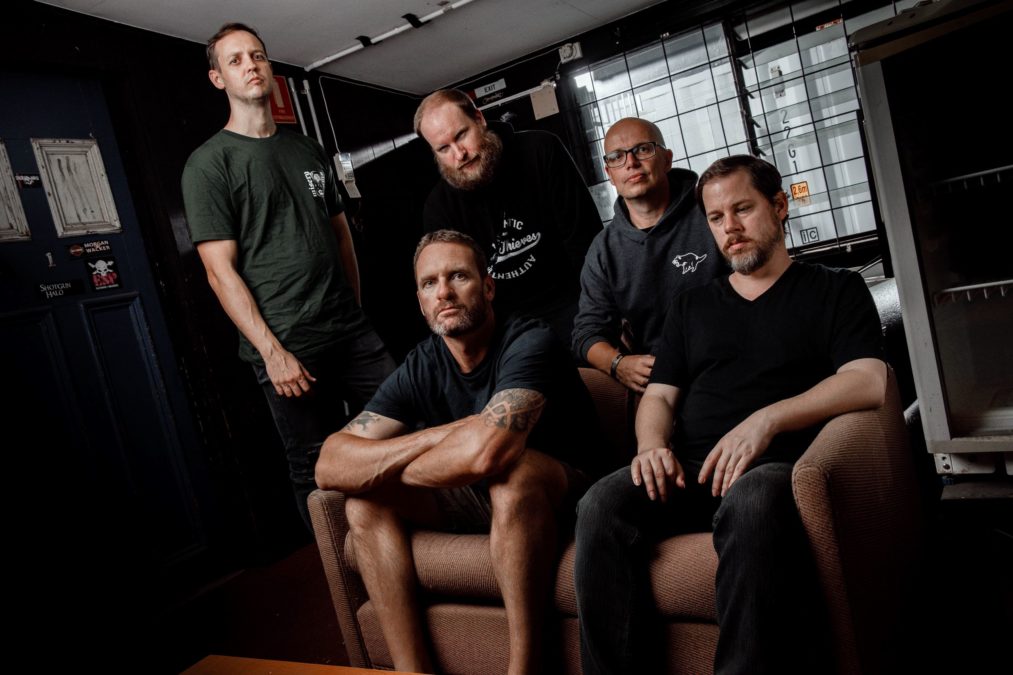 *Even though Wallapalooza has been postponed, HEAVY has chosen to still run these interviews because the bands also fielded questions about other topics*

If Brisbane had a throne for the Kings Of Metal then Brisbane outfit Massic would be sitting atop that velvet chair as we speak.

Blending groove, sludge and hardcore metal into a chaotic brand bearing their own signature, Massic play each show like their life depends on it – literally – and since their debut album Redshift in 2018 have taken nothing for granted.

The release last month of Surrender dangled the carrot just that bit further, with the accompanying announcement of the band’s next album tempered only by the sorrow at not having a chance to see Massic perform live on stage for far too long.

All of that changes next weekend when Massic take to the stage as part of Wallapalooza 2022, featuring Grinspoon, The Butterfly Effect, 28 Days, British India, The Poor, Cosmic Psychos and more.

Massic are just one of a wealth of local talent asked to perform at the festival, with Azreal, Awake In Time, Smoking Martha, Goatzilla and more also getting the chance to share the stage with some of this countries bigger names.

Simon joined HEAVY for a chat about Wallapalooza earlier this week.

“Me and the boys have a bit of a thing,” he laughed. “It’s not gonna be real until we’re all standing on stage together and about to hit that first song, so we’ll see. Nah, we’re keen as man, it’s gonna be great. I really feel that being in a band can be frustrating, but hats off to all the organisers of any festival. Andy and Erin and everyone else involved with Walla, it takes serious balls to continue a festival like this.”

Aside from Among The Ruined and Azreal, Massic are flying the metal flag for the event, with Simon admitting the band were looking forward to the honour.

In the full interview, Simon talks more about the new single, the upcoming album, what to expect musically, more clean singing on this one, his new side project and more.