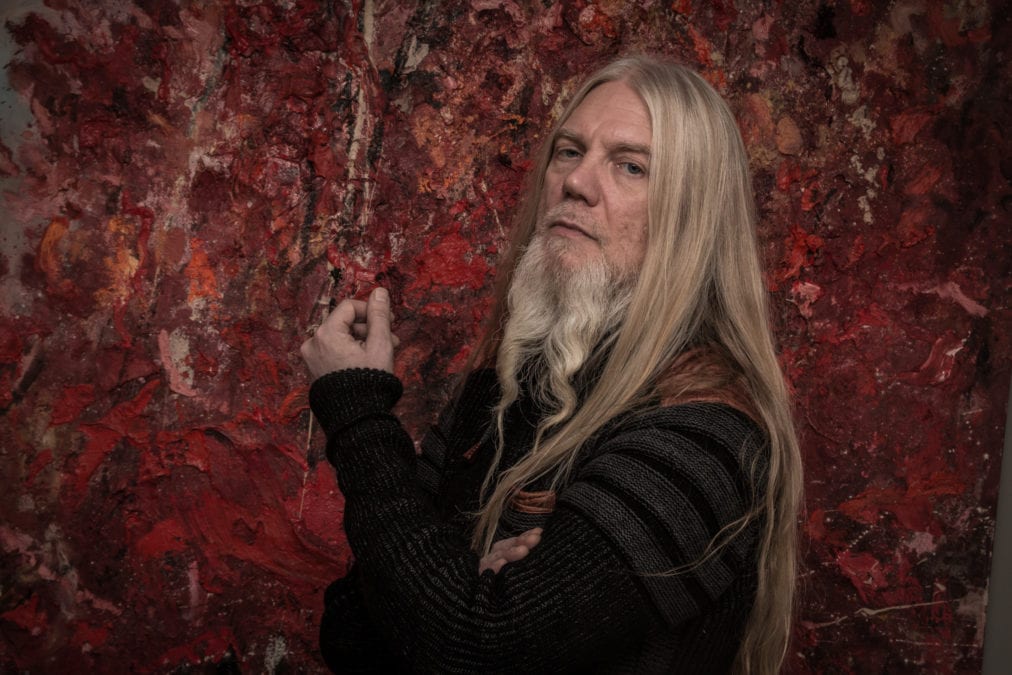 So the world famous symphonic metal band that you are in decides to take a hiatus for a year to recover from a heavy touring schedule, what do you decide to do? Well if you are Marko Hietala from Nightwish you decide that it would be the perfect time to sit down and record a solo album.

Yes after the success of Endless Form Of Most Beauty the legendary Nightwish decided to retreat for awhile and Hietala decided that would be the perfect time to work on his debut solo album – Pyre Of The Black Heart. Now with the album about to be released HEAVY Mag decided to sit down and have a chat with Hietala about it.

Our conversation starts with Hietala telling me that he has been surprised by how many people have told that they love the album as he feels that it may sound a little different to what many people would expect it to sound like. “I feel like that a lot of people will listen to it and just expect metal,” he says. “And then it turns out to be a pretty versatile album but I guess song wise it does have a heavy metal identity, but it will be different to what they expect and for that I am pleased.”

We continue by talking about the kind of music that Hietala listens to himself and what genres inspire him. “Oh man I listen to so much music,” he exclaims. “Since my youth I have been a metal guy but I also listen to a lot of other stuff. Ever since I was a kid I’ve listened to jazz, Irish folk songs, classic, Elvis, The Beatles… whatever. My father had a very big vinyl collection, he was an enthusiast. He also played guitar and sang so that is where a lot of the versatility comes from.”

“I had been thinking about it,” says Hietala as our discussion turns to the very beginnings of Pyre Of The Black Heart and whether it was something he had been thinking about doing for years. “I had some lyrically stuff written and I had some musical pieces and then when the Nightwish sabbatical came I took all of those bits and pieces. And some were really just pieces of lyrics or pieces of music, suddenly they just all came up and they fit.”

“I had no ideas for a concept or anything like that,” he says continuing. “I just had some personal stories and personal visions written down, I had a bunch of those and I still have some leftover… quite a lot of them as well. I got the most interesting stuff together and then when I had that sabbatical year coming I got some musical friends in that I had known for years and they just really got into the music, so much so that they started to record, mix and produce the album. They also wrote some string sections for  some of the songs so without these guys the album wouldn’t look or sound as it is. They were a big help. I had some ideas and then they had lots of ideas on things. How to incorporate things, how to put drums here and there, they helped so much. This album looks like me but I think it looks like them to.”

I then ask Hietala what it was like sitting down to work with musicians that weren’t from his band after working with Nightwish for so many years. “I guess the biggest change was having to take that leap of faith,” he says after taking a huge pause. “You have to be sure that everything is worthy and you’re not qualified to judge. I had to be able to jump over that fence and once I did it was a great thing. But maybe the biggest change is that when you write for yourself you don’t have to think about the strengths or weaknesses of your band mates, which of course when you write for a band you take that into account. You think well if I take this chord or this melody it will sound more convincing and this time I didn’t have to do that though of course I take the responsibility of putting myself on the line if I put my face and name on it so in that sense it was actually taking on more responsibility and that made it scary.”

As our discussion goes on it also becomes very clear that while the Nightwish machine is going to keep turning this solo album is not going to be a one off for Hietala. “This started as a solo project and it feels like it grew a band of it,” he explains. “That implies that this will continue and that it isn’t over yet, but like I said my next year is full of Nightwish so it is hard for me to see what is going to happen. But there were pieces of music that we also went through and didn’t use on this album… and some of the stuff is pretty good. So there is every chance that we are going to return to this.”

You can listen to our full interview with Marko Hietala above.

Pyre Of The Black Heart will be released on January 24th. 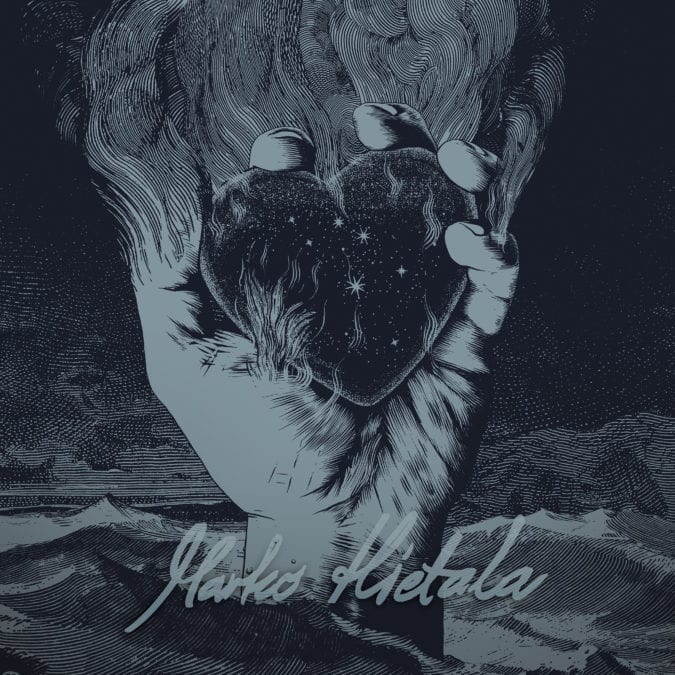