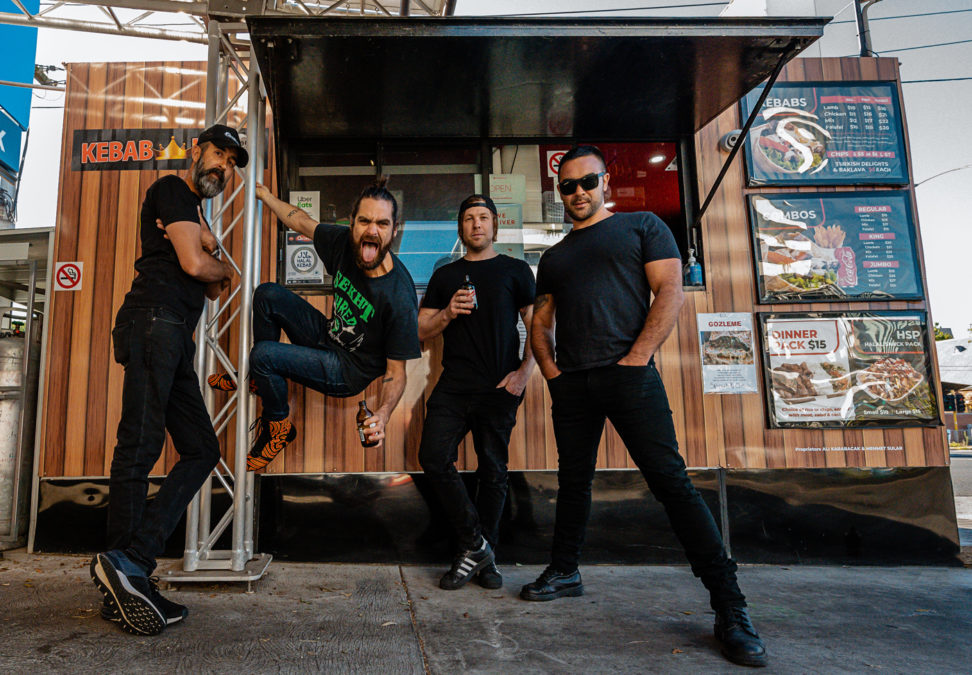 Being a concert booker and promotor is wrought with danger in the modern age, with many electing to hold off until things are a little more certain.

Not so with the team at Hysteria who have already announced Halloween Hysteria, set to rock Brisbane’s Mansfield Tavern on October 23.

With a stellar line up including headliners Mammal, King Parrot and Spiderbait, plus a host of this countries finest talent, Halloween Hysteria will be the first major, large scale festival to go ahead in Australia since the events of the last 18 months have taken their stranglehold on the music industry at large.

Ezekiel Ox, frontman for headlining act Mammal, took some time out recently to chat with HEAVY about Halloween Hysteria and happenings in the Mammal camp.

We start by talking about the diversity of the line-up, which covers everything from rock to punk to metal and everything in between.

“I’m not a promoter, so I can only comment from the perspective of a performer,” he replied, “but it is a fantastic thing to be a part of the line-up. It’s an amazing thing. We’ve done shows with Spiderbait before, and they always pull but when you can get those up and coming bands, and bands that are more established down the list, From Crisis To Collapse, Fangz, there’s some really good bands there. It just gives people a reason to come out, doesn’t it?”

Already this year Mammal have been forced to alter planned shows on the run due to circumstances beyond their control, and although the current climate in this country sees music almost at a standstill, Ox is confident that Mammal will be able to take their place among the line-up come October.

While punters have been disappointed all-too-often with postponements of shows, seldom do we stop to think how the bands and artists feel.

“It’s… I’m pretty adaptable,” Ox measured. “I think one of the advantages humans have is that we’re adaptable as a species. If you look at our history we are the species that adapts the best – emotionally, mentally, physically – we have this diverse range of ways to express ourselves. I try not to take it personally, I try not to take it individually, you can’t take it personally. I see it more that I’m very disappointed for the punters. That’s really what it’s all about and anyone that’s seen Mammal perform will now we give it all up for the punters, and it’s all about them. I really feel for the concert goers. Obviously the music industry has been gutted, but it’s the same for security guards, bar staff, restaurant owners, it’s all housed under that hospitality blanket and music’s a part of that. You go to a venue and have a meal and watch a band, it’s all part of it, so I think we were the first to go and apparently now we’re gonna be the last to come back. We just have to roll with it and hope that… we’re a year and a half into a pandemic and history will tell us we will get through it, and you’ve just gotta go with it. Were all in the same boat, and it’s hurt everything. It’s not ideal. I don’t know what to say, besides we’re doing our best to keep the rock and roll going by going into the studio in Melbourne when we can and making music and to have the show up and running at the same level it always has been. It’s definitely challenging, but I try to look at things very much as glass three quarters full. The band’s all healthy, our families are healthy and that’s a good thing. We’re just trying to stay focussed on new music and keeping the show at a level and being ready when the time comes, which hopefully will be October.”

In the full interview, Ezekiel reveals plans for recent postponed Mammal shows, introduces us to new bass player Kade Turner, talks new music, tells us about new merchandise, plans for the rest of this year and more.