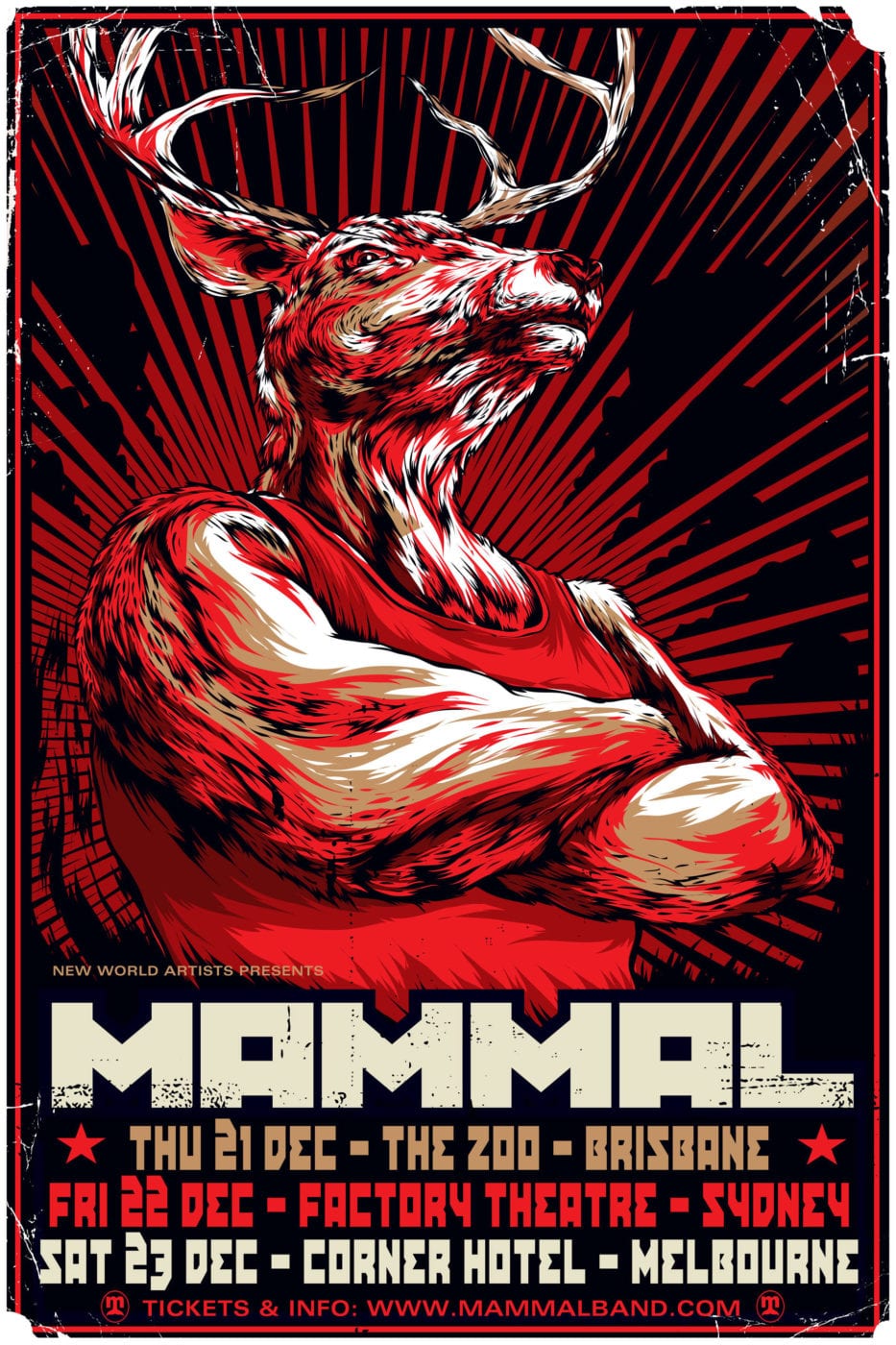 After their blistering first performance in 8 years, MAMMAL has announced a string of shows in December, hoping to quench the awakened thirst for the band from old and new fans alike.  MAMMAL is gearing up for a wild weekend of shows, kicking off in Brisbane on December 21 at The Zoo, moving through Sydney at the Factory Theatre on December 22 and wrapping up in Melbourne on December 23 at the iconic Corner Hotel.

MAMMAL’s triumphant return was legendary from the moment it was announced; selling out Melbourne’s massive Max Watts in less than 2 hours, and now that the reviews are in, punters will know for sure what an enormous ride they’re in for.

Thrilled to be back on the road, lead vocalist Ezekiel Ox enthuses, “Last Friday night in Melbourne was a reminder to the world that rock and roll thrives on ideas, energy and a healthy dose of showbiz, not click-tracks, drum edits and auto-tune.  The MML reunion part is officially over, we’re getting on with the job for the fans now, new show, new music, new momentum.  Keep your ears pricked and your eyes open, Mammal is back and fucking dangerous.”

Judging from the fan response to the first reunion, tickets to MAMMAL’s December run will not last long – this is a tour not to be missed. Three shows only.

“Mammal are back, and judging by their set this night, it’s like they’ve never gone away. They slot back into their nuclear-strength groove… the fire that ignites this band is burning as strong as ever.  It’s just a case of the pilot-light having gone out, and it needed to be re-lit.  And it has, and we the fans are the ecstatic beneficiaries of its warmth.” – TheMusic.com.au