Making It Up As You Go Along With DEATH BY DENIM 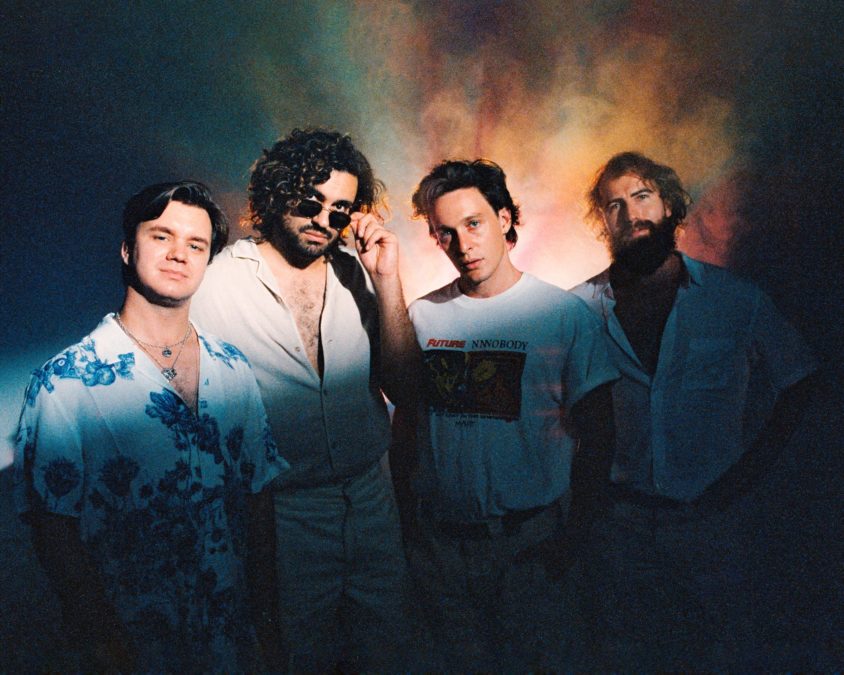 While the rest of Australia at least had moments of freedom, our neighbors in the West have been pretty much isolated the whole time which is bad enough in everyday life, but when you are a touring band with new material to get out to the public that feeling in isolation is magnified exponentially.

You can either let it get you down, or you can work around it and be pro-active, which is exactly what Death By Denim did with their time.

The band have a new album, Moonbow, set to drop on March 18 and having recently signed to ADA/Warner Music Australasia, Death By Denim are attacking the next period of their musical education with vigor.

With a new single out and a national tour planned in the near future, band members Palle Mazzulla and Nik Ilidias joined HEAVY to chat about their immediate future and their latest single Make It Up As We Go, which is a nod to the Fab Four, The Beatles.

“No, it’s not a rip off,” Palle continued. “It’s just heavily influenced because how could you not love a bit of The Beatles?”

With four songs released from the album, we ask the question if combined they are a good sonic representation of Moonbow as a whole.

“Probably not to be honest,” Nick laughed. “There’s a mad range. Our focus track, or the lead track Moonbow, is… how would you describe that as a song?”

When pressed on how it is different Nick elaborated.

“I think the songs we’ve done are a bit more rock and roll, like from the 70s and 80s stripped back rock, where the albums got a bit more R & B flowing through,” he measured. “It’s not completely different but it’s a 14 track album and we recorded it over six or seven months in different spots so we had a lot of different influences at different times and you can definitely hear that coming through at different points of the album.”

In the full interview, the boys talk more about Moonbow, how it differs from their previous music, finding inspiration during lockdown, getting back out on the road and how they prepare for it, future plans and more.