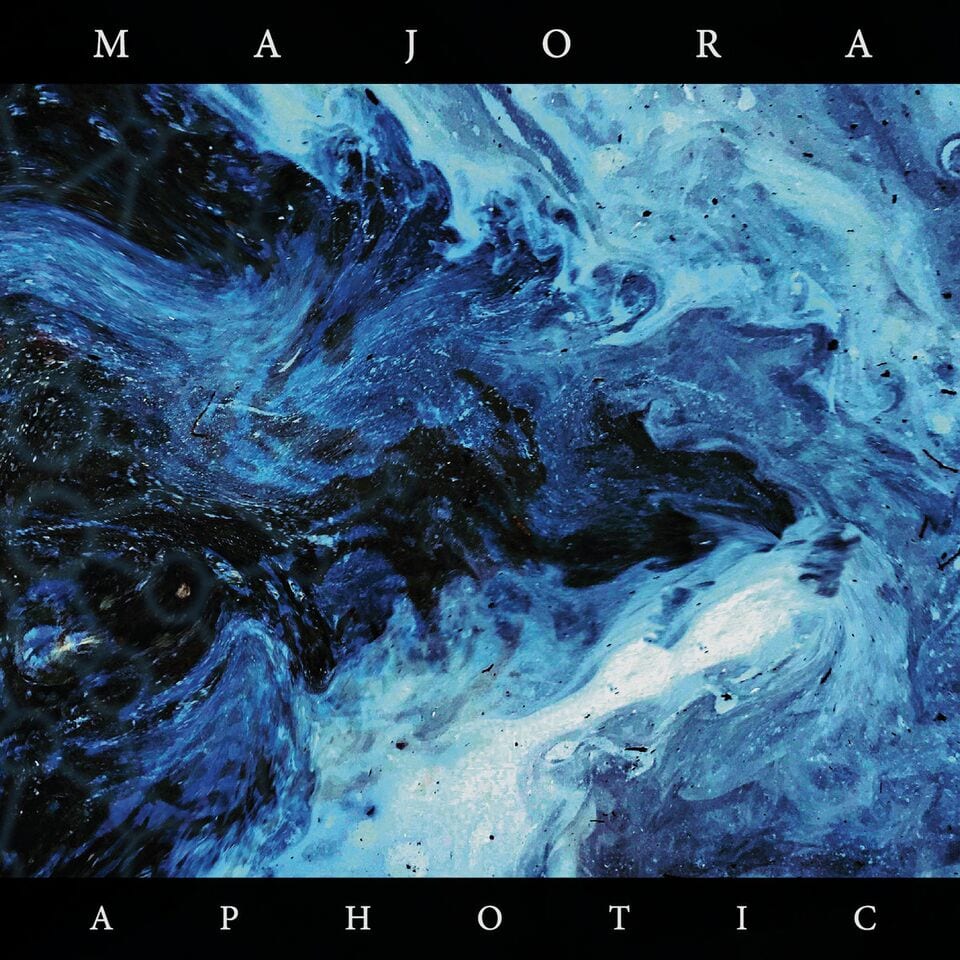 As one of Newcastle’s most prized possessions, progressive metal/post-rock outfit Majora is rapidly becoming a favourite throughout the country, making musical waves and fans with their elegantly heavy style of music. After the success of their debut release, Iridescent, and following a string of shows – both their own and supporting big acts – around the country, they have now returned with their latest offering to the world, continuing to carve themselves a niche that they can safely call their very own.

Majora’s stunning new EP Aphotic begins with the mystical sounds of “The Fear of Falling Forever”. Visualising nothing but the abyss that is space and the stars that decorate it, as the airy tones of the guitars make you drift off into a place far from reality, the beginning of this masterpiece is simply mesmerising. Soothing and emotive soundscapes captivate you from the minute it begins, with layers of melody grabbing your attention instantly. Guitarists Josh and Jared churn out those airy, harmonious riffs, working in perfect sync and creating a haunting atmosphere, setting the tone for the rest of the album. The enticing sound of a heartbeat leading the way out of track one and into the next is just one example of many, exhibiting how this band have so masterfully learnt the art of inculcating unpredictability in their music. Groove-laden and energetic, the title track unexpectedly erupts into a crushing piece of post-metal goodness.  Not only does this music boast some of the most professional musicianship you may have ever heard from an upcoming band, but also goes to show how artistic they are. Kirk‘s drumming is a definite highlight through the EP, adding power and technicality to every track, proving to be the pulse of their music.

The boys truly redefine the word ‘serene’ with their post-rock magic, creating immersive textures that are at times subdued and ambient, but at others, explosive. Each instrument stands out with the clarity of a crystal, which given the complex and intricate nature of post metal, can be difficult to achieve; but not for Majora. It honestly feels as if you’re floating mid-air, basking in the obscure yet relaxing atmosphere of “Every Shadow is Threatened By Morning Light”, a dynamic track that sends the listener back into a state of calm after the intensity of the previous one. It is probably one of the other things I love most about this band: how each track seamlessly flows into the next. As if continuing the story, it leads into the masterpiece that is track number four, “Tidal”, a song that the band released early last year as a taste of what to expect from their new release. Cherub-like vocals in the distance that guide you along into the track effortlessly, ambient and euphoric reminding you of the good that does still exist in the world. With the deep drone of the bass and this cheeky little tribal rhythm on the drums, the song gradually bursts into a dynamic riff-driven crescendo. Majora’s creative use of ethereal synths and samples courtesy of bassist Chris Hoole is measured and fitting. They don’t go over-board by drowning out the sound of their instruments with it nor do they make it an element of prime importance; they focus on the use of hypnotic rhythms and purely instrumental riffs to immerse their listener in a sonic heaven of sorts.

“Kursk – Descent” is your mantra to finding the ultimate tranquillity, a breathtaking interlude proving the band’s versatility and ability to balance out crushing riffs with a soothing ambient passage. The final leg of this beautiful journey emerges with “Kursk – Requiem”, a subtle yet majestic reminder of everything that is perfect about this genre of music. Even with a largely electronic, poppy vibe, this song transcends genre boundaries constantly through its nine minutes; moving from sections of heavy, distorted guitars to mid-paced melodic grooves. The transitions are mind-blowing, and as waves of mellifluous sound captivate your very being, you realise how much of a serendipitous hold the music has, taking you into another world. The track picks up till a point until your minor albeit crushing breakdowns, which trample all over your senses, your brain rattling inside your skull in time with the addictive, rhythmic beat of the drums. As the final notes fade out into nothingness, you’re left completely zoned out for a moment, an ominous but comforting feminine voice that lingers till there is nothing left. It was and is everything you’d want in a post-rock/progressive track, a multitude of charismatic sounds that soothe your eardrums, the heavier and rhythmic sections dispersed throughout, making you forget that vocals exist at all.

As the great storyteller himself Hans Christian Andersen once said, “Where words fail, music speaks”, a saying that perfectly sums up the strength of Majora. Beautifully chaotic music where the instrumentation proves their passion, talent and versatility, aspects that have remained while their sound has further evolved. Every instrument remains an entity of its own, while they simultaneously bring together the power of each one, culminating in something incredible and almost cathartic, as a result. What Majora does; combining eerie ambient atmospheres and massive riffs, the sudden and dynamic shifts in their music placed throughout, as if hiding pieces of a puzzle, will undoubtedly draw the listener in, and have you wanting more by the end. Beautiful chaos is Aphotic, a dark, mystical journey, with always a glimmer of light in sight.

PrevPrevious.GREEN DAY and Catfish and The Bottlemen at Coastal Credit Union Music Park at Walnut Creek, Raleigh NC on 1/9/17
Next.HAWTHORNE HEIGHTS and Sienna Skies at The Zoo, Brisbane on 3/9/17Next