Maintaining The Rage With DOWNSET. 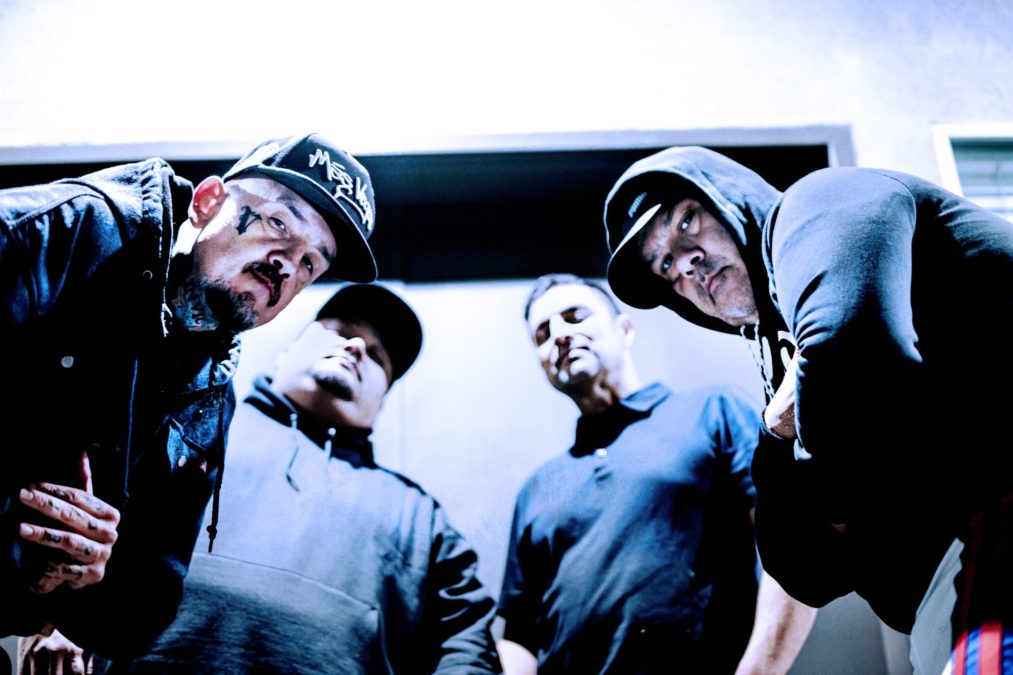 While many bands lay claim to pioneering certain trends and genres, seldom do the facts match up to the story.

Not so the case with Los Angeles hardcore outfit downset., who burst from the blocks in 1989, combining hardcore with rap, funk and metal to set the wheels in motion for a new crossover genre of music that has integrated itself into the music scene on a global scale.

To be technically correct, the band started as Social Justice in 1989 as a predominantly hardcore act, releasing their debut album Unity Is Strength that year before changing their name to downset. in 1992, ushering in a new line-up and releasing their first EP, Our Suffocation the following year.

It was during this transition that the genesis for their groundbreaking venture into other musical genres began.

After a sustained period of success, downset. disbanded in 2009 before returning with the album One Blood in 2014.

After another period of inactivity, downset. announced earlier this year that they had signed to Nuclear Blast Records and would be releasing a new album titled Maintain, which came out on June 10.

Guitarist Rogelio Lozano joined HEAVY to fill in the gaps and tell us why the music world needs downset. now more than ever, beginning with just how the band buried their demons well enough to start afresh.

“I took some time off from Powerflow and that’s when Ray (Oropeza, vocals) got in touch with me,” he began. “We hadn’t spoken in quite a long time – I would say ten years – and we had some issues that we needed to… bury some hatchets and get rid of some old resentment and be friends again. Within those conversations downset. came up, and we decided to give it another shot. That was 2020. Within 2020 and now we started from scratch. We recorded a demo, our manager shopped it – this is through the pandemic – got the record deal last Summer and then went into pre-production within that year and recorded and tracked it in March then mixed it and did all the vocals in June, and here we are now. It took two years. It was two years in the making from the very first idea of actually doing album number six until today, and now it’s going to be released. If you have asked me two years ago if I was gonna do another downset. album… not in a million years. But it’s crazy. That old saying, never say never… Never say never, man. I said never a few times and next thing you know everything just started to fall into place. It’s strange how it works, but even the far-fetched things were just happening. Everything was just… everything that could happen smoothly went right.”

In the full interview, Rogelio talks in greater detail about reforming the band, their new album Maintain and what to expect, signing with Nuclear Blast and what it means for the band, the early days of downset. and how they shaped their sound, how it fits in with the modern music industry, re-releasing their two original demo tracks Anger/Ritual and About Ta Blast, the controversy that surrounded the initial release of Anger/Ritual, future plans and more.