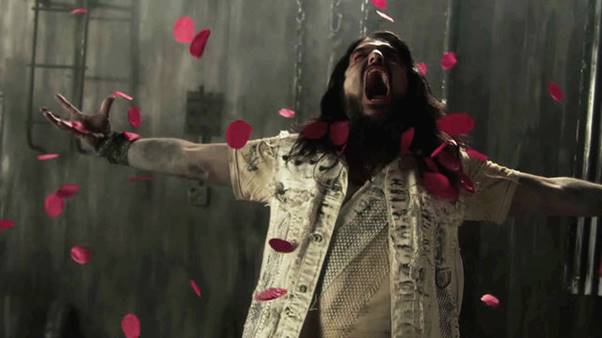 Butoh dance is literally and figuratively the dance of death and pain.

Born from Hiroshima/Nagasaki post-World-War-II-era Japan, the dance was created around the radioactive wasteland left behind in the wake of the nuclear bomb being dropped. Dancers would paint themselves in ash and take on a gaunt, deathly look. Facial expressions are agonizing and the body language is often deformed and contorted, expressing the pain and suffering that was a direct result of atomic warfare.

Frontman Robb Flynn explains, “‘Catharsis’ was a tricky concept to translate to a visual. How do you express somebody’s catharsis? Frasier, the director, brought up the Butoh dance concept and it tied in so well into the idea of what catharsis could be. And when the Butoh dancers began performing for the video, we were blown away. Their expressions were so pained, almost horrifying, and yet very sad, it was extremely moving.”

The other side of MACHINE HEAD‘s ‘Catharsis’ video recounts the experiences of mental asylum patients. Oftentimes, in the ’50s and ’60s, people went through traumatic and regrettable experiences, and those vivid photos still linger today.

Flynn continues, “On a personal level, I related to this aspect. My uncle Jimmy lived with us for years while growing up. He had experienced some pretty severe drug testing when he was younger and didn’t come out of it very well. For the rest of his life, he would do things like not eat for seven days straight and talk to Jesus all day. It was a trip to grow up with that at home. So, we took these disparate elements and turned them into a very cinematic and psychedelic visual to express that.”

Furthermore, Flynn said, “We love making videos now. There used to be a bunch of rules and around what you could and couldn’t do in a music video. Most of it was a boring performance, with us ‘pretending’ to play and sing the song. Now, it’s like making a crazy, whacked-out movie. You can get weird and strange and have a blast. We are super proud of how well this video tuned out!”

Watch the official making of the video here: https://youtu.be/G9CGfMrhZdg

Make sure to also watch the live video for the song ‘Now We Die’ from the bonus dvd (21 song live concert filmed live at The Regency Ballroom, San Francisco, CA, 2015) of the limited edition of their upcoming album »Catharsis«. Surft to https://www.youtube.com/watch?v=NcJGTimnR6E

The brand new track from the album entitled ‘Beyond The Pale’, can be heard here: https://youtu.be/MVdflCH76t4

The band recently started a competition in which they encourage their fans to come up with a music video for said track. Surft to http://nuclearblast.com/mh-beyondthepale for all details.

“I feel like metal could really infiltrate the mainstream with this album. And it needs to… now more than ever. A lot of consideration went into making these songs more identifiable to a wider audience. Simplifying ideas, simplifying hooks, really concentrating on story-telling as opposed to ‘brutal poetry’ or whatever. And while I’d love to say it was all some grand plan, there was no ‘plan’” Flynn adds laughing. “You never know where you’re going to end up whenever you start writing a record… you just write… but I tell ya what… we ended up with a landmark here.
Whenever you finish an album, you always feel proud, but this time… we’ve got something really special. We can feel it. We know it. »Catharsis« could really elevate our genre.”

»Catharsis« was produced by Robb Flynn and recorded, mixed, and co-produced by  Zack Ohren (FALLUJAH, ALL SHALL PERISH) at Sharkbite Studios in Oakland, CA. Mastering was handled by Ted Jensen (HATEBREED, ALICE IN CHAINS, DEFTONES) at Sterling Sound, New York, NY. Cover photography was created by Seanen Middleton.

Side Four
1. Darkness Within
2. Imperium
3. Block

MACHINE HEAD wrapped up the touring cycle for their first Nuclear Blast Entertainment album »Bloodstone & Diamonds« in March 2016 with a whopping 283 concerts on 5 different continents around the world. Around 250 of those shows were performed as “An Evening With MACHINE HEAD” with no support bands and performances often lasting 2 1/2 to 3 hours in duration, much to their fans (called “Head Cases”) delight.

»Bloodstone & Diamonds« debuted at #10 on the Australian Aria Charts.

MACHINE HEAD‘s latest track ‘Is There Anybody Out There?’ released as a stand-alone, digital-only, non-album release became their #2 most streamed song ever on Spotify with 9 million streams in less than a year, and cracked the Top 40 on the Active Rock chart in the United States. It marks the first time for any Nuclear Blast artist to enter what is widely considered to be the “official rock chart” for the United States, and is significant considering there was no physical track sent to retail.

Their controversial video for opening track ‘Now We Die’ is at over 2 million views and can be seen here. https://www.youtube.com/watch?v=zSiKETBjARk 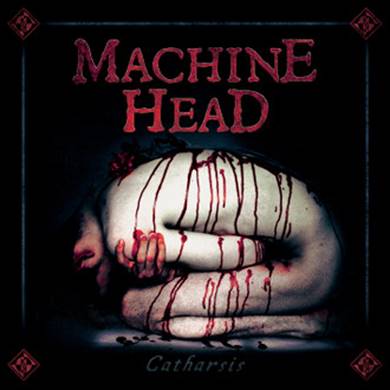