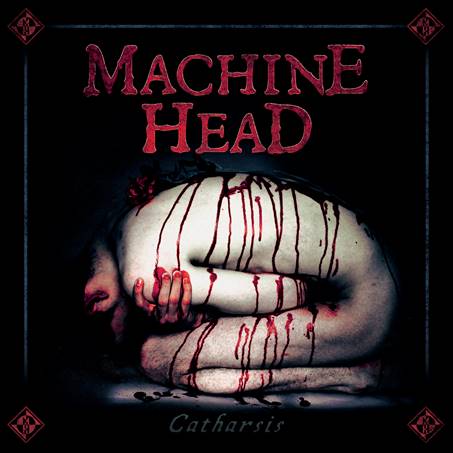 “I feel like metal could really infiltrate the mainstream with this album. And it needs to… now more than ever. A lot of consideration went into making these songs more identifiable to a wider audience. Simplifying ideas, simplifying hooks, really concentrating on story-telling as opposed to ‘brutal poetry’ or whatever. And while I’d love to say it was all some grand plan, there was no ‘plan’” Robb Flynn adds laughing. “You never know where you’re going to end up whenever you start writing a record… you just write… but I tell ya what… we ended up with a landmark here.
Whenever you finish an album, you always feel proud, but this time… we’ve got something really special. We can feel it. We know it. ‘Catharsis’ could really elevate our genre.”

To pre-order Catharsis visit this https://caroline.lnk.to/Catharsis
Get ‘’Beyond the Pale’’ as an instant grat on iTunes

Side Four
1. Darkness Within
2. Imperium
3. Block

MACHINE HEAD wrapped up the touring cycle for their first Nuclear Blast Entertainment album Bloodstone & Diamonds in March 2016 with a whopping 283 concerts on 5 different continents around the world. Around 250 of those shows were performed as “An Evening With MACHINE HEAD” with no support bands and performances often lasting 2 1/2 to 3 hours in duration, much to their fans (called “Head Cases”) delight.

Bloodstone & Diamonds debuted at #21 on the U.S. Billboard charts and has gone on to sell 285,000 copies worldwide.

MACHINE HEAD‘s latest track “Is There Anybody Out There?” released as a stand-alone, digital-only, non-album release became their #2 most streamed song ever on Spotify with 9 million streams in less than a year, and cracked the Top 40 on the Active Rock chart in the United States. It marks the first time for any Nuclear Blast artist to enter what is widely considered to be the “official rock chart” for the United States, and is significant considering there was no physical track sent to retail.