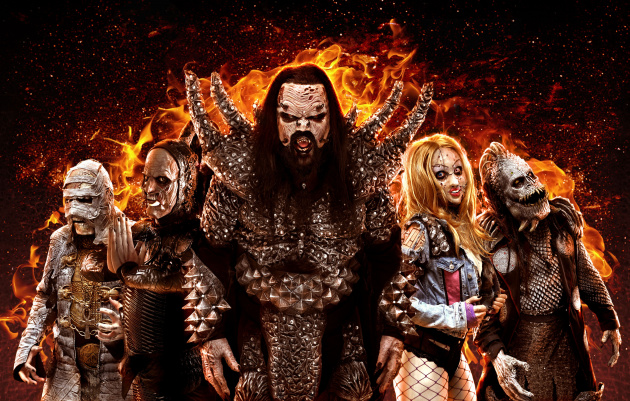 The band, who achieved their international breakthrough with their participation in the Eurovision Song Contest (Hard Rock Hallelujah) in 2006, is the first in music history to release a whopping seven studio albums in one lavish swoop, entitled Lordiversity.

All of the seven records have been released as physical formats back in November via AFM Records, while the digital releases were made available at different, ensuing dates.

Finally, the entire, digital glory of Lordiversity is out now.

But let’s go back to the monsters‘ latest, 2020- studio record, Killection, which is a compilation album that imagines that LORDI has existed since the early 70s. It delivers all the hit singles from the different decades and as they would have sounded if LORDI had made music at that time. The accompanying, fictional back catalogue has been released in the form of Lordiversity – two years after its Best Of and simply from beyond time and space.

Each album was recorded according to its era of origin, using its various approaches and instruments in order to come as close as possible to the sound. Watch a brand-new video for the track Demon Supreme, released just last week and taken from the fifth Lordiversity album Spooky Sextravaganza.

Superflytrap, Abusement Park, Humanimals, Abracadaver, Spooky Sextravaganza, Skeletric Dinosaur (digitally released earlier this week ) and finally The Masterbeast –  the unique back catalogue of LORDI’s spectacular universe, is out now  – available as CD, Vinyl and on all Digital platforms at https://afm.fanlink.to/LORDI_Lordiversity