LORD OF THE LOST: Judas 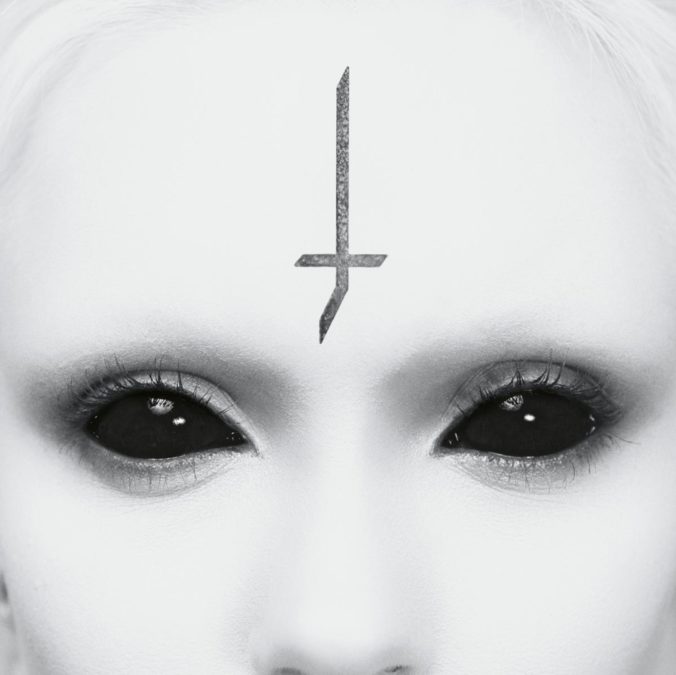 German seems to be the flavour of the month for my reviews lately, and here we have another German act by the name of Lord of the Lost with their double album Judas. Now, I’d go into some of the info from their press release, but it’s littered with some weird German words that I just don’t understand. The one bit I did understand is something that
sounded German, but is actually just two English words put together, and that was “genrefluid”. I’m guessing this is something similar to gender fluid and meaning something along the lines of “they just haven’t made up their minds yet” or possibly something a little more politically correct than that.

Anyway, I have previously listened to both CDs and can agree from the get-go that this band is indeed fluid with their mix of genres. The first CD titled Damnation and its opening track Priest sets the scene with some tribal drums and angelic gospel vocal melodies before the band’s vocalists enters sounding something like David Draiman on that really bad Sounds of Silence cover that Disturbed released. The song then kicks in and delivers a vibe similar to of that other German band that everyone knows, but always says their name wrong. One thing that impresses me, that always disappointed me with that other confetti jizz shooting cannon band, is that the vocals are in English and I can actually understand what they are singing about. Not a bad opening track with its clean melodic choruses and simplistic and hooky heavy riffs.

The following tracks For They Know Not What They Do and Your Star Has Led You Astray continue the tone set with the opening track. Born With A Broken Heart then kicks in with a quite rocking and unexpected riff before taking us back to the clean melodic choruses that seem to be the signature of the band’s genre fluid sound. I should probably mention here that the album has a heavy presence of samples and orchestrated synthesisers.

The fifth track, The 13th (confusing, I know), brings forward the synths and samples right to the front of the mix and at some point reminds me of something by that weird Bjork chick. In The Field of Blood slows the album down a little, a little too much, so I skip to the next track 2000 Years A Pyre which picks things up a bit, but not too much, so I skip again to Death Is Just A Kiss Away which opens with what I think is a cello melody before taking us back to that Sounds Of Silence vibe I mentioned earlier.

With only an album and half to go, I’m thinking I might find more excitement in listening to Tool’s last album, but let’s be honest, probably not. Thankfully The Heart Is A Traitor picks things up a little, for a moment, until pulling back again into a very lack lustre verse, and then into another clean melodic chorus. The opening riff kicks in a few times throughout the song and kind of saves face. I do enjoy this album when it hits those moments, but for now there is just too much unnecessary atmosphere in between.

Not sure is if that track I’ve mentioned a couple of times already has just ruined this band for me, but the next track Euphoria sounds like the previously unreleased sequel to it. The next track Be Still And Know hits closer to home for me with an intro that sounds like that nu-metal band that can’t spell their name right and instead start it with the letter K. It does take a weird twist though when it pulls back to a sombre piano section and then erupts into a full-blown instrumental track complete with melodic guitar solos like something you’d hear on one of Metallica’s earlier releases.

Not much to say about the final track on this CD titled The Death of All Colours but just think gospel noise and depressing vocals, a bit like that other song again.

Well, I’ve made it through CD 1, and now I’m onto CD 2 titled Salvation. Hopefully this is the band’s and my salvation because this has been a real struggle to get through. Bring it on jungs (lads), let see what you’ve got! Let’s see if they can pick up the pace a little!

Thankfully, The Gospel of Judas does pick up the pace with much more of an impact than the second half of the first CD. If they keep this up, I just might make it all the way through this CD. Yeah, not a bad start, but the opening song on the first CD kicked things of that way too. Enter acoustic guitars for the intro of the second track Viva Vandetta and we are back down to that sombre vibe that almost bored me to death on the earlier disk. When the guitars are there, they are heavy though, so that kind of tickles my fancy a little. Lots of piano through it though, which kind of makes it sound like an orchestral track from an Olympic opening ceremony.

Argent opens again with melodic gospel vocals and then takes the final form of many of its preceding tracks. Next up is The Heartbeat of the Devil which opens with a riff reminiscent of Motley Crue but again settles back into the band’s signature dark industrial symphonic sound which we hear as a common resting point in every track.

And It Was Night is the next track up, and on that point it’s that time of night where I call it a night because I just don’t think I can do this band the justice it probably deserves in this review. Don’t get me wrong, this a very well written, well-structured, and well produced piece of art. And art is what it is! One and a Half hours total over two discs of industrial symphonic musical art which I’m sure has a massive audience within a dark dingy corner of the heavy music market. Hell, if they release the right track, they may even corner the market that sucked in a few extra million fans for Disturbed following the release of their biggest hit cover.

My Constellation, The Ashes of Flowers, Iskarioth, A War Within, A World Where We Belong, Apokatastasis and Work of Salvation complete the album while I’m finishing writing this review, and to my delight a couple of the tracks do lift to a solid pumping groove which I knew the band had in them, and that I’ve been hanging to hear. Unfortunately, the rest of the tracks are left drifting within the Sounds of Silence.