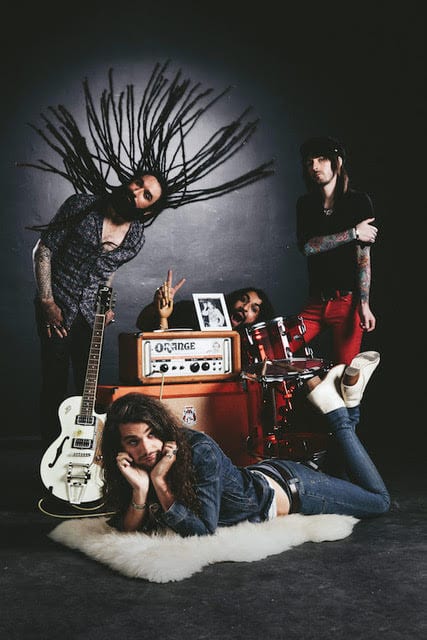 About to jump back on the road, The Lockhearts have dropped their new single Goddamn Prettyfrom forthcoming album, Americana Doom Fuzz
(slated for release in early 2018 through Golden Robot Records).
An instantly infectious down-home groove, Goddamn Pretty showcases the “Americana” side of the bands’ forthcoming record, gliding in with a laid-back swagger
and bursts of rich vocal harmony in the choruses reminiscent of the Eagles or Tom Petty.
“Goddamn Pretty I wrote around a trip to California and New York, where I was listening to a lot of Tom Petty, The Eagles and Fleetwood Mac, so I wanted to capture that Californian summer love feeling.
The song is about gleefully running away from all your troubles to find moments of joy and falling in love with American strangers.” – Tim Meaco, The Lockhearts