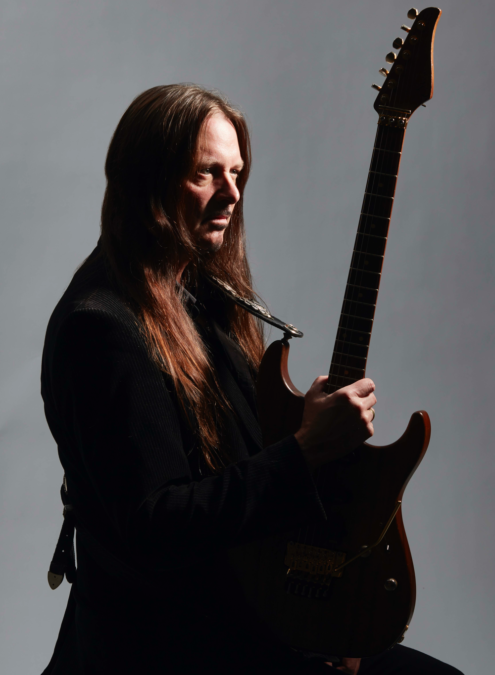 Living The Dream With REB BEACH

After many years playing with and alongside legendary bands like Winger, Whitesnake and Dokken, guitarist Reb Beach has completed the cycle by releasing his debut solo instrumental album, A View From The Inside.

“I worked really hard on the album to make it so that if you didn’t like instrumental music you would still like it,” he said. “I didn’t want it to all be shredding guitar like ‘look at me’, no, it’s more about the songs and it’s something you can listen to while driving down the road.”

His idea and method behind doing this is refreshingly simple.

“It was challenging without a vocalist but I’m a songwriter,” he offered. “I wrote all the songs in Winger with Kip and I got a few songs on the last Whitesnake record and it was always a dream of mine to make a record that was a good, good record with no vocals on it, where the guitar was singing.”

After a career spanning more than 30 years, the obvious question is why did Reb think now was the right time to unleash his solo material.

“Covid!” he laughed. “The story is that in 1993 Winger and every other 80’s band overnight was done, pretty much everyone. And it was because all of a sudden it was uncool, so I was like, what will always be cool? Guitar. And I had already written some instrumental songs and I figured look at all the success Joe Satriani had, I’ll just try and go in that direction. So I made a demo and shopped it around and nobody wanted it at that time. Everyone wanted vocals so I sold it on my website, and it was called The Fusion Demos then I got all this mail and comments and everybody saying ‘this is the best thing you’ve ever done’, ‘this is what you need to do’, ‘we love this’ and everyone tells me they love The Fusion Demos more than anything so I knew I had to make a record of it one day and it became like a hobby. I would work on a little bit here and there when I was home from touring – which was not often – and when I am home from touring I’m writing for Winger or for Whitesnake or for Black Swan or Dokken – so with Covid I finally had some free time to finish it.”

In the full interview, Reb talks more about the album and the songs on it, the differences between writing and recording with and without a vocalist, challenging himself as a guitarist, his early days of playing and who influenced his style of playing, the story behind joining Whitesnake, the possibility of an Australian tour by Winger and more.