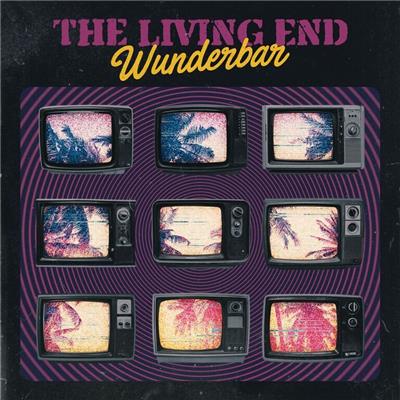 The Living End are firmly ingrained as one of our country’s best live acts – heck, I’ve seen them 21 times and they never disappoint.

But after seven albums and more than two decades together, it’s hard to not have a bit of beige set in. And after hitting new heights with the career-reviving White Noise in 2008, their last two albums got a collective ‘meh’ from longtime fans, wondering if they will ever get their mojo back.

Enter Wunderbar, recorded in six weeks in Berlin this year, and potentially a ‘three strikes, you’re out’ moment. And scarily enough, on first listen, three of the best tracks on here make you fear those moments of blandness which plagued 2011’s The Ending Is Just The Beginning Repeating and 2015’s Shift could reign again here.

It’s hard to describe, but they are all growers with pleasing surprises. First single Don’t Lose It, initially sounding like a rush job, is a call-to-arms with that rattling lead guitar riff. The track they previewed at A Day On The Green – Drop The Needle – has a mesmerisingly atmospheric chorus riff which will stick in your head for hours. And Death Of The American Dream morphs from a blistering two-minute cliche Trump tirade into a brilliant acoustic aftermath.

Elsewhere, punchy new single Otherside is a walk-up for a Triple M playlist, and Proton Pill has some shades of fury not seen since old album tracks like Make The Call and Machine Gun.  And frontman Chris Cheney’s stripped-back arrangement of Amsterdam works, even if it makes you wonder how much ass it could kick with a full band.

Just like they did with White Noise a decade ago, The Living End have opened Aussie rock fans’ eyes and ears again, and fittingly produced their best and most satisfying effort since that release. It also brings plenty of optimism to see how some of these blistering new tracks will fit into the mix of their already-blistering live shows. Consider them back to their best and cruise control officially turned off.