It is the album that a lot of people thought wouldn’t happen. With Slash busy on the road with the mighty Guns ‘N’ Roses once more and Myles Kennedy showing his wares with his brilliant solo album it was beginning to feel like we may have heard the last from The Conspirators. But of course they have surprised us all, first of all with the brand new single Driving Rain, which was quickly lapped up by radio here in Australia, and now with the album, it is taken from Living The Dream. Yes, Slash, Myles Kennedy and The Conspirators are back in a big, big way and HEAVY Mag learnt from chatting to Todd Kerns it normally all starts with a phone call.

“Well the funny thing is The Conspirators are a band but we can’t help being labelled somewhat of a project because it has always been Myles Kennedy from Alter Bridge,” explains Kerns. “And Slash was largely working on film projects until Guns ‘N’ Roses got back together, so it was always when Myles had time we made a record, it just so happened that over a six-year period we managed to make that solo record in 2010 and then we did Apocalyptic Love and World On Fire in quick succession, so it kept us rolling even though Myles was still doing an Alter Bridge album here and an Alter Bridge album there. I wouldn’t say that it was all that difficult getting back together, although with Slash going back to Guns ‘N’ Roses that did put us in a position where we were on hold, and I guess at any point he could have said ‘I’m doing Gun ‘N’ Roses and that is the end of The Conspirators’ but then he kept saying ‘and then we will do a Conspirators record, when I am done with this we are going to do a Conspirators’ record’ and I was just like ‘oh okay, whenever you are ready.’ I am one of those people that whenever you tell me that I have a free day I find something to do so when the call came we were all like ‘great, let’s all get together and write some music.’ There is never a guarantee that when you get together what you will write will be better than what you did last time, but you do try to be better and better and better. And I think that whenever somebody goes off to do something else, whether it be Guns ‘N’ Roses, or Alter Bridge or a solo album, or what I am doing, or what Brent is doing, or what Frank is doing we all back with new experiences and come back as better musicians and writers and we all bring that back to the table, and that is an example of a band that still brings it when they have to bring it.”

Living The Dream is out through Sony Music and you can listen to our full interview with Todd Kerns on the Spreaker player on this page. 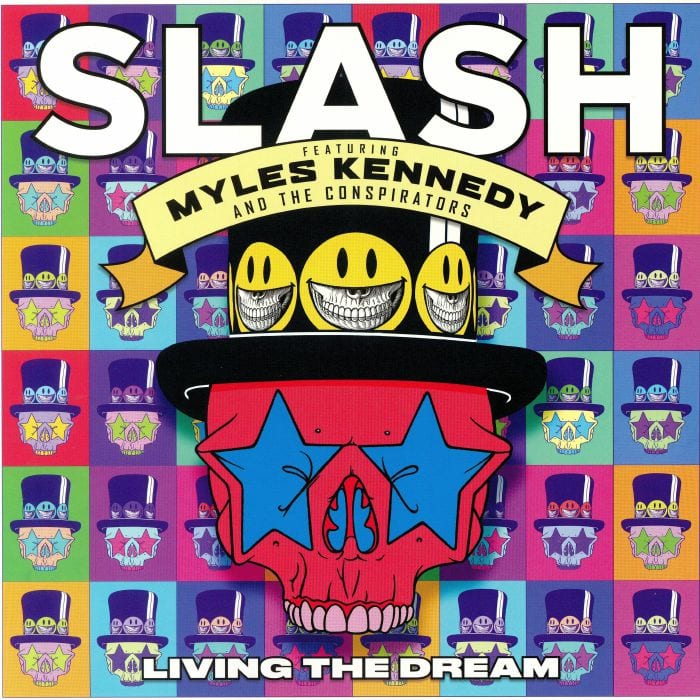