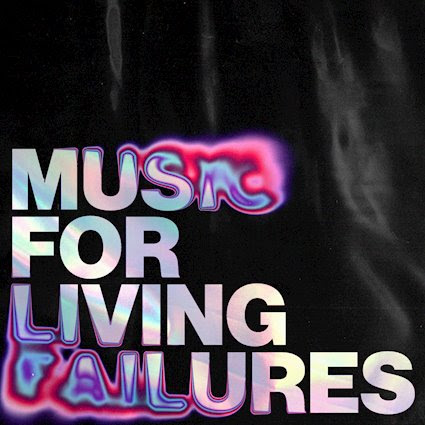 Hailing from all the way over the other side of the country, and one of the world’s most remote cities, Perth lads Liveconformdie allegedly like to bring a broad blend of genres to the table. And get this, they draw their roots from 90’s- 00’s Nu-Metal. That might just be enough for them to gain me as a fan, but hold ya fucking horses, I’ve gotta have a listen first and give you all my thoughts!

Alright, opening track Fetish kicks into gear with some weird ass samples and some kind of Casio keyboard bass drops. To be honest, it’s a bit too fucking weird and techno like early on, but it gets pretty heavy pretty damn quickly. Wow, I don’t think I’ve ever heard such heavy dooming music with rap lyrics over the top. They certainly do like to mix it up, and if you get through the weird stuff and hang in there long enough, at some point you’ll find a few bars that give ya half a bar. A bit here for everyone, maybe be a bit too much.

In The Dark was a waste of my time, and will probably be a waste of your time too. Lucky it only lasts for 38 seconds.

The lead single Help Yourself is up next, and I really have no comment on the weird industrial techno intro or whatever the fuck it’s meant to be. Luckily though, when the song kicks in it instantly rocks. And yeah, it reminds me of the Nu-Metal of the 2000’s, albeit a fair bit heavier. The track shifts back a gear in its later moments, then gets all techno weird again before ending heavy as fuck. Yeah, they did a thing, a few weird things actually.

The intro to Terrorwave sounds like a throw-back to that old techno song Here’s Johnny, remember that one? Anyway, it quickly heavies up and gets it’s Nu-Metal groove on as the vocalist blasts us with some raps, cleans and some good old-fashioned Nu-Metal sing along choruses. This song actually bangs pretty fucking hard, and the detuned guitars and bass set a massive undertone for the synths to hover over.

Some creepy chick sings some foreign shit at me before the hip hop beats kick in for some phat raps to be spat. And it seems like that’s all that Trash Culture is, a rap track.

Jesus fuck, Big Homie gets fucking massive straight out of the gates. Then it slows down and gets its rap on while the guitars chug slowly in the background. It’s goddamn heavy, even when it’s not. Towards the end, it breaks into a momentary sing along chorus, but just for long enough to end the song.

Nü Life opens up with some thrashed out riffing, not too dissimilar to early Slipknot, a tad heavier though. This is their fastest track so far and is a good change of tone. Like the other tracks, it shifts between heavy screams, rap sections and clean choruses. I’m enjoying this one the most so far. What a fucking experience!

If you are the metal elitist type, then don’t even bother with this because you’ll hate it from the moment it starts. Honestly, I almost did too because the weird techno stuff is just a bit much for me. But, when the band kicks in and gets its heavy on they really fuckin bang! I’ll be listening to this more, but first I might just cut all the technic intros so that each song can just get straight to the fucking point!

That’s why it is so damn beautiful!!!It feels like he is screaming directly into your soul, toying playfully with your inner consciousness while simultaneously luring you into a musical abyss from which resistance would be futile.